“Robust” corals have a genetic defense against coral bleaching • Earth.com 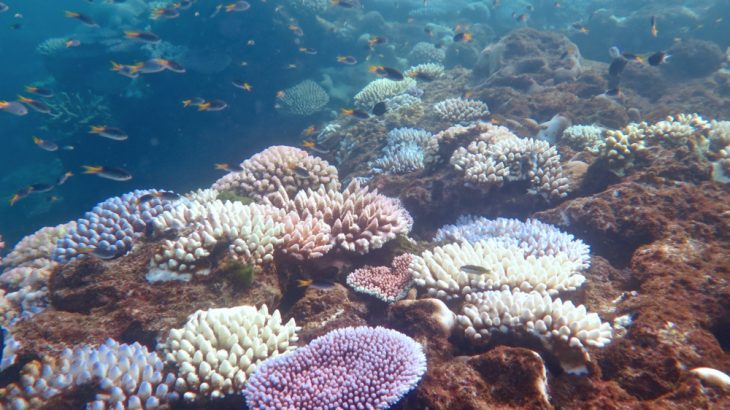 “Robust” corals have a genetic defense against coral bleaching

A new study focused on the DNA of corals has revealed that some corals have a stronger defense against bleaching. Using advanced genomic techniques, researchers led by The Australian National University (ANU) have found that the group of corals classified as “robust,” which includes some types of brain corals and mushroom corals, have the unique ability to generate an essential amino acid that is not independently produced by other corals.

The experts found that robust corals have this physiological advantage over “complex” corals, such as common branching corals. The study was led by Dr. Emily Ying of the ANU Research School of Biology.

“Amino acids are the building blocks of life,” said Dr. Ting. “Amino acids are crucial, for example, in repairing tissue or growing new tissue. But, generating amino acids is energetically costly for animals, so they usually only generate 11 of the 20 required for life. The remaining nine amino acids are called the ‘essential’ amino acids because they must be supplied by the animal’s diet. For corals, this includes tiny drifting animals known as ‘zooplankton.’”

However, this is not the only source of nutrition for corals. Corals acquire the energy needed to build their hard skeletons through a mutually-beneficial relationship with microalgae known as Symbiodinium.

“Symbiodinium also supplies the coral with some of the ‘essential’ amino acids, making them less dependent on their diet than other animals,” said senior author Professor David Miller.

When corals bleach in response to rising temperatures, their resident Symbiodinium is discharged and the corals are suddenly fully dependent on their diet for all of their nutritional needs.

“We now know that ‘robust’ corals can make at least one of the ‘essential’ amino acids without relying on Symbiodinium. This suggests that they may be more resilient, at least in the short term, to bleaching than the ‘complex’ corals such as the branching staghorns,” explained Professor Miller.

Prior to this study, scientists did not have a clear understanding of why some corals only host a specific Symbiodinium type while others are less particular.

Professor Miller explained: “Our research also suggests that ‘robust’ corals are less choosy about which species of microalgae can take up residence in the coral’s tissue. The ability to host a broader range of Symbiodinium types could facilitate more rapid acclimation to higher temperatures.”