Rockfalls can create more powerful explosions than many bombs • Earth.com 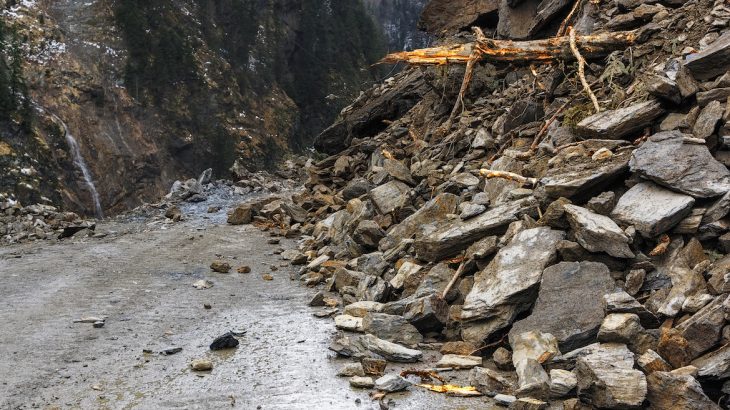 Rockfalls can create more powerful explosions than many bombs

Rockfalls can be more powerful than non-nuclear bombs and have been largely overlooked in terms of risk assessment, according to a new study.

Researchers from the University of Milano-Bicocca in Italy examined the energy produced by large masses of rock that fall from hundreds of feet.

When a large enough rockfall occurs, it can produce a shockwave that can topple trees hundreds of feet away and shatter the rocks into dust.

The shockwave is comparable to massive non-nuclear bombs and in fact, only nuclear bombs have more powerful blasts.

For the study, the researchers set out to characterize huge rock falls, something never before done because rockfalls are rarely observed by humans even though they occur more often than you would think.

“They’re extremely weird phenomena, which have been somehow overlooked,” Fabio De Blasio, the study’s lead author told New Scientist. “Typically they will develop in areas where erosion has been quite fast.”

The researchers reviewed reports of rockfalls that produced large quantities of energy spanning over two decades.

Overall, the researchers analyzed 22 falls, most occurring in the European Alps, but one rockfall happened in Yosemite National Park in California in 1996.

The Yosemite park event toppled 1,000 trees and created a large dust cloud. In order for a rockfall to produce enough energy to shatter the rock itself, the researchers calculated how big the rock mass would have to be and from how high it would have to fall to produce such a huge shockwave.

A rock would have to have the volume of at least 10,000 cubic meters and fall from several hundred feet to produce enough forceful energy to destroy nearby trees.

The researchers say that a rockfall of this magnitude could release more than 80 billion joules of energy, according to the Daily Mail.

While not a hugely common occurrence, the study shows that rockfalls deserve more attention and could be a hazard to people in the nearby vicinity of mountainous areas with fast rates of erosion.