Sabre-toothed cats may have been surprisingly social and sharing • Earth.com 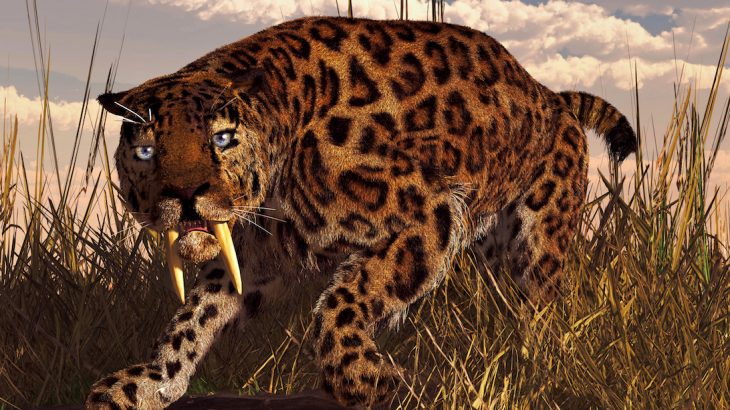 Sabre-toothed cats may have been surprisingly social and sharing

The analysis of sabre-toothed cat fossils recovered from the La Brea Tar Pits is revealing new clues about the behavior of these extinct animals. Experts have found evidence to suggest that the fierce prehistoric predators may have actually been nurturing, sharing their food with fellow cats who were injured.

Professor Larisa DeSantis of Vanderbilt University told New Scientist that what makes the tar pits in Los Angeles really special is that among the remains of the animals that were trapped here are the preserved fossils of many top predators. It is rare to find the remains of apex predators, primarily because they are few in number.

Professor DeSantis teamed up with Christopher Shaw at the George C. Page Museum of La Brea Discoveries to examine sabre-toothed cat fossils. The researchers set out to gain a better understanding of how the ancient creatures lived.

This means that the sabre-toothed cats normally tore through the bone when feeding, but shifted to a softer diet after their jaws or teeth were injured. According to Professor DeSantis, the findings suggest that Smilodon was a social animal, with healthy cats sharing their kills with injured animals.

DeSantis and Shaw’s theory assumes that the injured cats were unable to hunt and also that Smilodon was a social cat, which is a concept that has been challenged by other experts.

However, new fossil evidence from the La Brea tar pits indicates that Smilodon could roar like a modern lion. If communication was important for Smilodon, then it was likely to have been a social animal.

“As the decades have passed, I think that people have begun to abandon the idea that all sabre-toothed carnivores were solitary animals,” said Shaw. “Some of these injuries were so severe that injured animals would have benefited from living in a social group that nurtured injured members and provided food and protection.”

The research was presented at the annual meeting of the Geological Society of America in Indianapolis.