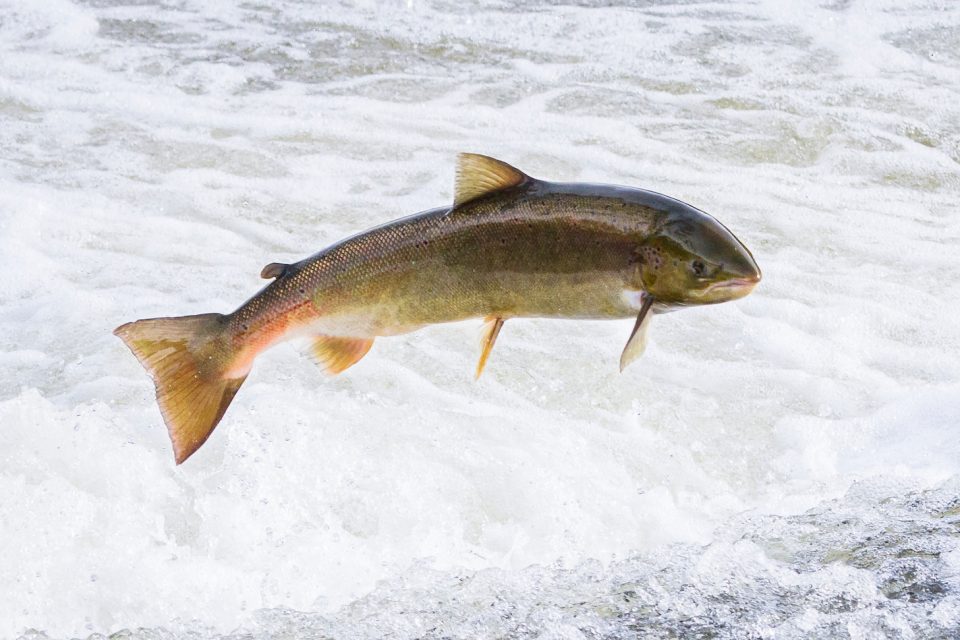 Pacific salmon navigate their lengthy hundred-to-thousand mile runs to and from their spawning grounds with the help of the Earth’s magnetic field.

Now, a new study conducted by researchers from Oregon State University shows for the first time that Atlantic salmon also use the magnetic field to help navigate and this ability is passed on through generations, even in fish that have been raised in a land-locked lake.

The results of the study, published in the journal Proceedings of the National Academy of Sciences, show that Atlantic Salmon, commonly used in aquaculture, are more likely to invade new habitats if they escape because of this newly discovered navigational ability.

1,150 Atlantic salmon that had been first brought to a land-locked lake from Maine 60 years prior were used in the study because the researchers wanted to test the navigational abilities of other ocean-going salmon and see if these abilities were passed on or lost through disuse.

The researchers designed an experiment with different arenas that were surrounded by wooden coils wrapped in copper to mimic the Earth’s magnetic field.

“We wanted to see how Atlantic salmon would respond if we put them into different magnetic fields at the boundaries of Pacific salmon oceanic range,” said Michelle Scanlan, the lead author of the study. “If we put them into an extreme northern field, would they ‘course-correct’ and align themselves in a southerly direction, and vice-versa? And the answer was yes. They clearly aligned themselves in the tank to adjust to an appropriate magnetic field signal.”

The results are concerning because if Atlantic salmon so far from their native habitats are able to navigate via the Earth’s magnetic field, it begs the question of where a salmon could end up if it escaped from an aquaculture pen.

Atlantic salmon farming has been banned in Washington because of these concerns that salmon will invade and damage local ecosystems.

The research also calls into question how long a fish retains its navigational skills even if they don’t need it.

“It apparently isn’t a ‘use it or lose it’ skill. It may be possible that they have some finer-scale navigation tools at their disposal to use in a lake,” said Nathan Putman, a co-author of the study. “Even at small-scales, fish are confronted by a variety of spatial tasks that might benefit from use of magnetic cues – from traveling in a straight line to maneuvering through the water column. More research is needed to answer those questions.”
—