Salmon virus has spread from the Atlantic to the Pacific • Earth.com 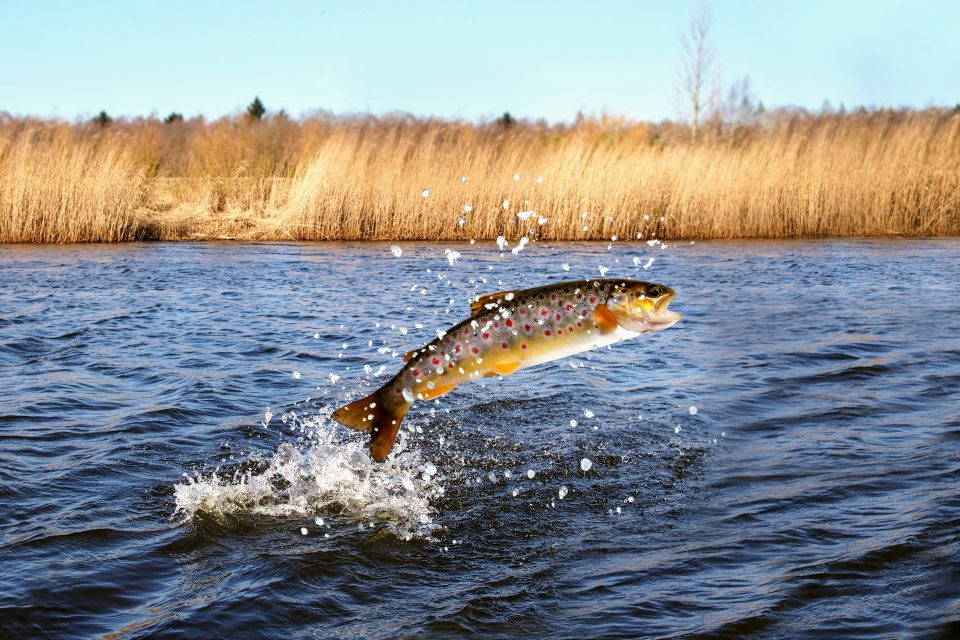 Salmon virus has spread from the Atlantic to the Pacific

Wild Chinook salmon are more likely to be infected with Piscine orthoreovirus (PRV) the closer they are to salmon farms. This finding indicates that farms are spreading the virus to wild salmon – a theory that is further supported by the results of a recent genomic analysis.

Dr. Gideon Mordecai is a viral ecologist at the University of British Columbia who led the study.

“Both our genomic and epidemiological methods independently came to the same conclusion, that salmon farms act as a source and amplifier of PRV transmission,” said Dr. Mordecai. “Because separate lines of independent evidence all point to the same answer, we’re confident in our finding.”

In collaboration with researchers from the Strategic Salmon Health Initiative, the UBC team traced the origins of PRV to Atlantic salmon farms in Norway and found that the virus is now widespread across salmon farms in British Columbia.

After sequencing 86 PRV genomes, the researchers estimated that the lineage of the virus that is now present in the Northeast Pacific diverged from the virus in the Atlantic Ocean approximately 30 years ago. This suggests that the introduction of PRV to British Columbia, and the infection of wild Pacific salmon, is a relatively recent phenomenon.

“There is much confusion about where PRV is originally from, whether it is transmitted between farmed and wild salmon, and how different lineages of the virus cause different severities of disease,” said Dr. Mordecai. “This study’s genome sequencing clearly indicates PRV is not native to B.C. waters – it originated in the Atlantic Ocean and has been spread around the world through salmon aquaculture.”

The genomic analysis revealed that there has been a growth in the number of PRV infections in British Columbia in recent decades. This corresponds with the expansion of salmon aquaculture and high rates of viral infection in salmon farms.

“Our finding that PRV is transmitted between farmed and wild salmon is particularly relevant given recent field and laboratory studies showing the lineage of PRV in B.C. is likely to cause disease in both Pacific and Atlantic salmon,” said Dr. Mordecai.

The virus is associated with a disease in Chinook salmon that causes blood cells to rupture, leading to kidney and liver damage that can be deadly.

“Our study reaffirms that a more precautionary approach to managing salmon farming in BC is warranted,” said study co-author Dr. Andrew Bateman of the Pacific Salmon Foundation. “The PRV findings, in particular, support calls to transition from open-net salmon farming towards farming technology that doesn’t allow disease transfer between farmed and wild salmon, protecting BC’s wild Pacific salmon from serious risk in the process.”

Professor Jeffrey Hutchings of Dalhousie University is a leading Canadian fisheries scientist who was not involved with the research.

“The study provides foundational information necessary to assess the risk of salmon aquaculture on wild fish, as recommended by the Auditor General of Canada’s 2018 Report on Salmon Farming, which criticized DFO’s ability to manage aquaculture in a precautionary manner,” said Professor Hutchings.

“The work by Mordecai, Miller, and colleagues on PRV provides the most compelling, scientifically objective evidence to date that wild salmon in BC are at increased risk of disease because of open net-pen Atlantic salmon aquaculture.”