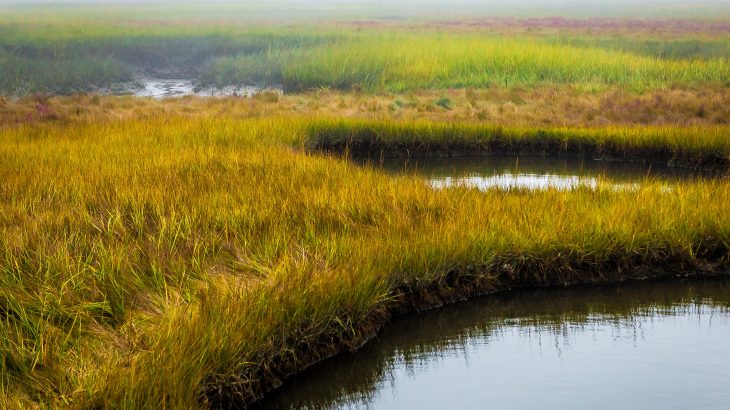 Recently, salt marshes are gaining more recognition as important natural resources for coastal protection, but a new study shows that their value has been evident for centuries.

Scientists led by the Royal Netherland Institute for Sea Research investigated the performance of salt marshes during two flooding disasters of the past. They found that these wetlands provide more critical coastline defense during major storms than what was previously realized.

Coastal wetlands like marshes can be engineered to help buffer the effects of climate change, but it has remained unclear whether they contribute a significant level of protection during real-world storms.

The researchers found that salt marshes reduced the extent of dike breaches during the 1717 flood. In 1953, marshes served not only as “wave absorbers” to ease the strain on the dikes, but also as “flood fighters” that actually lowered the flood depth.

“Salt marshes not only reduced the number and total width of dike breaches during the 1717 Christmas flood, but also confined the breach depth during the 1953 North Sea flood. Especially the latter, previously unknown function of natural defenses, can greatly reduce flood damage by lowering inundation depth,” said Zhu.

“Flood defenses combining green and gray features are actually more beneficial than considered earlier. Beyond wave attenuation, salt marshes can lower flood impacts simply by limiting the size of dike breach, and continues to do so under sea level rise.”

The findings suggest that the protective value of salt marshes is not limited to wave-exposed locations. Even where they are not needed for wave reduction, salt marshes will be helpful for flood protection and sea-level rise mitigation.