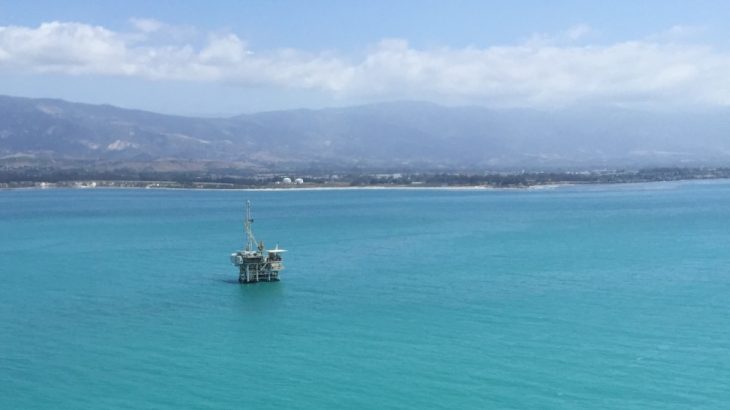 In the summer of 2015, the waters off the coast of Santa Barbara turned a strange bright blue-green, and now the cause has finally been determined.

Researchers from the University of California, Santa Barbara, discovered the culprit behind the tropical hues were aggressive blooms of algae.

A study, published in the Journal of Geophysical Research: Oceans, describes both the algae behind the transformation and the circumstances that allowed the algae to thrive.

The color was caused by blooms of coccolithophores called Emiliania huxleyi (E. hux), which unlike diatom algae, are not coated in silica but calcium carbonate. As the algae shed these plates, the calcium carbonate scatters light which gives the water a tropical lagoon appearance.

“When the water off the coast of California starts to look like you’re in the Caribbean, that’s really weird,” said Paul Matson, the lead author of the study.

E. hux are found everywhere, but for mid-latitude regions like Santa Barbara, large blooms are rare.

To find out what triggered such a massive bloom, the researchers first collected samples of the water when the blooms appeared to test chemistry, plankton density in the water, and determine the age of the algae.

The researchers also tracked the size of the bloom by analyzing satellite imagery taken once per day. Hourly maps of surface currents were combined with the satellite data to simulate algae blooms and track changes.

A long period of warm water likely triggered the blooms, and the satellite data helped show where densities were not yet high enough to merit a bloom.

“That’s going to be where the new bloom comes from,” said Matson. “so we can look back and try to figure out what was going on in those areas that could have contributed to the bloom occurring.”

In the autumn of 2013, a large area of warm water moved into the northeast Pacific and stayed well into 2016, helped along by 2015 El Niño event.

“We had this extended period of time when we had extremely warm waters. We had low nutrient availability, and just strange things were happening,” said Matson.

E. hux can live off the nutrients released from decaying diatoms which surged during this period.

The research could help track other algae blooms to pinpoint pre-blooms and the source of the blooms.

“Our hope is that this approach can be used for studying other types of phytoplankton, like Pseudo-nitzschia, an important species of harmful algal blooms,” said Matson.