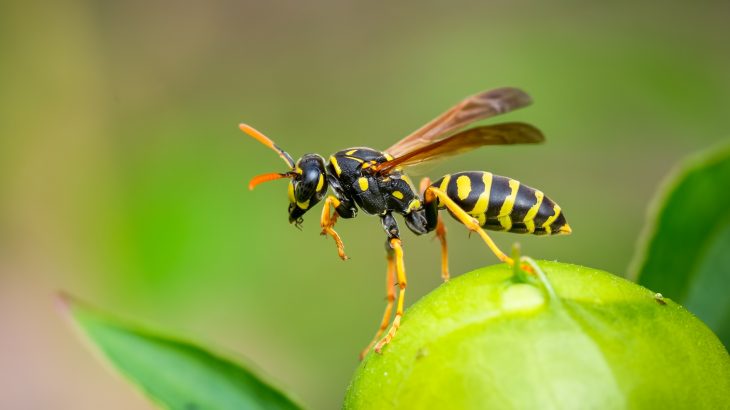 Scientists at the University of Pennsylvania  School of Medicine are using wasp venom to create new drugs. The research is focused on the potential for proteins found in wasp venom to be converted into bacteria-killing molecules. The ultimate goal is to develop powerful antibiotics, which are desperately needed as antibiotic-resistant bacteria are increasingly emerging worldwide.

The experts altered a highly toxic protein from the Korean yellow-jacket wasp, Vespula lewisii, which enhanced the molecule’s ability to kill bacterial cells. At the same time, the modification greatly reduced the risk for the protein to harm human cells.

The scientists demonstrated that their new antimicrobial molecules could protect mice from otherwise lethal bacterial infections.

The CDC estimates that nearly three million Americans are infected with antibiotic-resistant microbes each year, resulting in more than 35,000 deaths. A persistent bacterial infection can lead to sepsis, which was responsible for about one in five deaths worldwide in 2017.

“New antibiotics are urgently needed to treat the ever-increasing number of drug-resistant infections, and venoms are an untapped source of novel potential drugs. We think that venom-derived molecules such as the ones we engineered in this study are going to be a valuable source of new antibiotics,” said study senior author Dr. César de la Fuente.

Experiments showed that the family of bacteria-killing molecules engineered by the team were comparable to existing antibiotics such as gentamicin and imipenem. Alternatives are needed due these and other older antibiotics due to the spread of resistant bacterial strains.

The researchers created dozens of variants of the molecules and identified several that enhanced antimicrobial potency with no toxicity to human cells. They hope to develop one or more of these molecules into new antibiotics, and will explore the potential for other venom toxins to be used as well.

“The principles and approaches we used in this study can be applied more broadly to better understand the antimicrobial and immune-modulating properties of peptide molecules, and to harness that understanding to make valuable new treatments,” said Dr. de la Fuente.