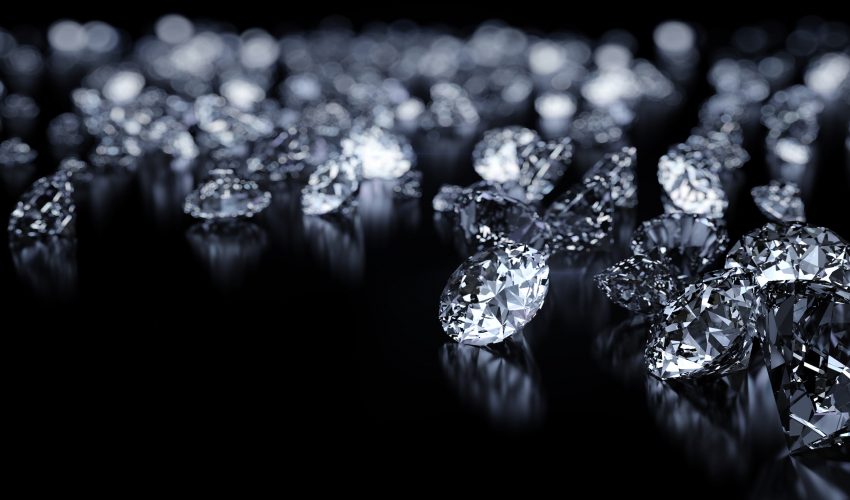 An international team of researchers has discovered that diamonds can actually be flexible in some forms. The experts found that tiny diamond needles can bend and stretch, and then return to their original state.

The scientists used a chemical vapor deposition process to create diamond needles measuring just a few micrometers tall. To investigate how much strain the structures could undergo without breaking, they examined the needles under a scanning electron microscope while applying pressure with a nanoindenter diamond tip.

A computer model developed by the team revealed that the maximum strain that could be endured by the nano samples was 9 percent. After being stretched to their limit, the diamond needles were able to transform back to their original shape.

“It was very surprising to see the amount of elastic deformation the nanoscale diamond could sustain,” said study co-author Daniel Bernoulli of the Massachusetts Institute of Technology.

According to Bernoulli, the stretch limit of a diamond falls way below one percent in its natural state. While diamonds are known for their strength, it is this quality that also causes them to be brittle.

“We developed a unique nanomechanical approach to precisely control and quantify the ultralarge elastic strain distributed in the nanodiamond samples,” said Dr Yang Lu of the City University of Hong Kong, senior co-author of the study.

The researchers explained that when this type of strain is placed on crystalline materials such as diamonds, it can significantly change their properties.

According to the study authors, this process of “elastic strain engineering” could lead to the development of strong diamond-based materials to be used in a variety of applications such as sensing and data storage devices.

The study is published in the in the journal Science.