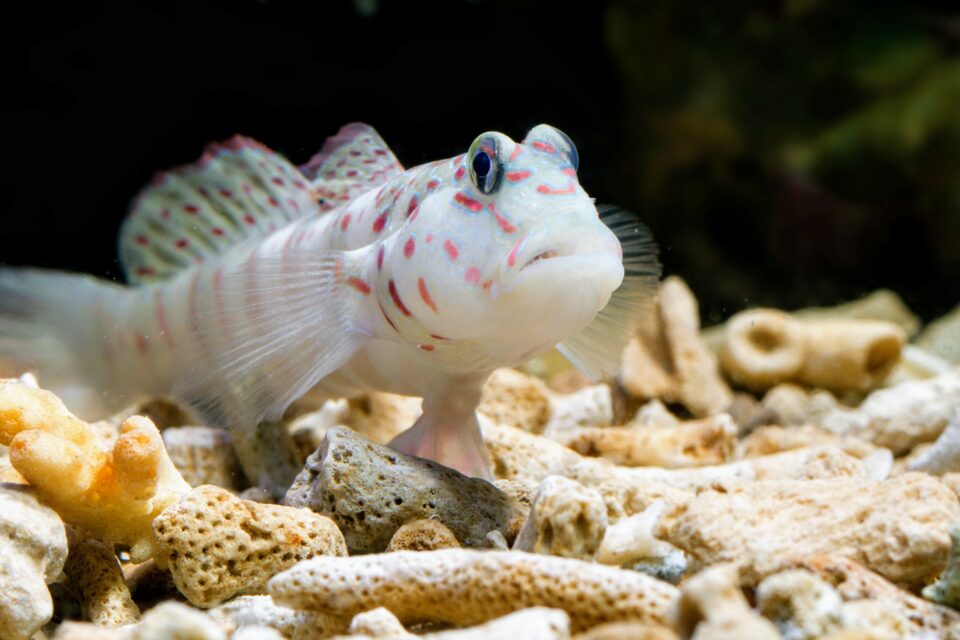 At a time when many species are endangered or on the verge of extinction, a group of scientists from Japan and the Philippines have used the power of genomic analysis to identify three new species of Indo-Pacific goby fish of the genus Lentipes.

Until recently, the only species of Lentipes found in Japan was L. armatus. But back in 2005, when Dr. Ken Maeda was conducting fieldwork for his PhD at the University of the Ryukyus, he observed a male goby fish with unusual coloration.

“I was surprised by its fiery red head and lower body. The shape was similar to Lentipes armatus which, until now, was the only known Lentipes species in Japan, but the color pattern was completely different,” Dr. Maeda recalled.

Fish can show very variable color patterning but this does not mean that each different pattern represents a separate species. The relationship between body color and species is not clear-cut. Sometimes, two different fish species can have identical color patterns, while in other instances fish from the same species can show significant variations, with each variant known as a color morph.

In order to determine whether the unusual fish collected by Dr. Maeda was an example of a color morph or whether it was indeed a new species, more samples were required. It was only in 2010, after joining the Marine Eco-Evo-Devo Unit at the Okinawa Institute of Science and Technology Graduate University (OIST) that Dr. Maeda was able to locate three more male fish in Okinawa with the same unique red coloration; he collected one of them for genetic analysis.

In 2012, he discovered another male goby fish with yet a different color pattern – this one had two bands of red on the lower body. In addition, during surveys of freshwater fish in Palawan between 2015 and 2018, in a collaboration project between OIST and the Western Philippines University, Dr. Maeda found further male gobies with different color patterns; these had bright red heads and reddish-brown lower bodies.

Bright color patterns are often used by male fish during courtship to draw the attention of females. And since courtship rituals can represent a way in which female fish determine the suitability of a male fish for mating, different color patterns can be species specific. Dr. Maeda and the team of researchers noticed that males from the differently colored fish displayed their more vivid colors during courtship and used special behavior to highlight their brightness. This led the scientists to suspect that they were dealing with new species of Lentipes, as yet unknown to science.

The scientists have named the three new species. Since one of them was found in the Philippine archipelago of Palawan, it has been given the Latin scientific name Lentipes palawanirufus, which translates as “red Lentipes goby of Palawan”. The other two new species were found in Okinawa, a sub-tropical island in Japan, and have been named Lentipes kijimuna and Lentipes bunagaya.

“The names were inspired by Kijimuna and Bunagaya, who are wood spirits in Okinawan folk mythology usually portrayed as having red hair or skin,” said Dr. Maeda, first author of the recent study. “Like their namesakes, these two new species have red markings on their body.”

“We think that these fish must have diverged recently, so the mitochondrial genes haven’t had enough time to mutate,” said Mr. Hirozumi Kobayashi, a PhD student from the University of the Ryukyus who analyzed the nuclear DNA with his supervisor, Professor Kazunori Yamahira.

The authors state that more detailed studies of the new species are needed in order to understand their origins and geographic distributions. In addition, it is important to investigate whether female choice of males has driven the evolution of the new species and whether it helps maintain the separate lineages and prevent inbreeding.

“This paper helps to reveal the mystery of these Lentipes gobies,” said Dr. Maeda.  “But there’s still so much to find out.”

The results of the genetic analysis from the unusually patterned fish are published in the journal Systematics and Biodiversity.