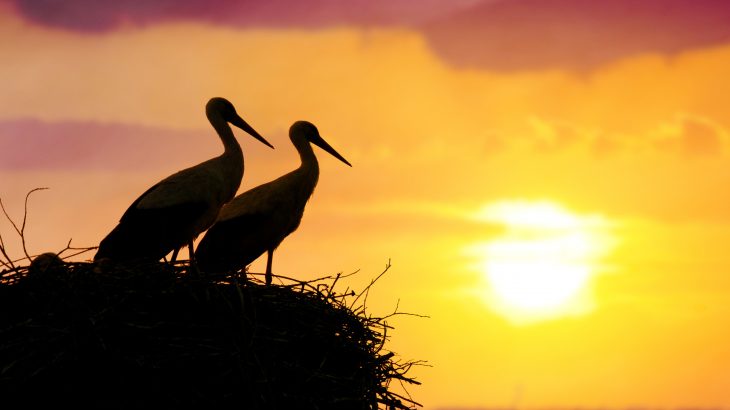 In a new study led by the University of Konstanz, experts set out to investigate the complex decision-making process of animals during shelter selection.

When animals choose a home, they make choices based on factors such as safety and security, just like humans. Unlike humans, however, the exact reasons why animals select certain shelters are not clear.

The researchers designed a model to help unravel the mystery of what various animals prefer when seeking out a space to call home.

Study co-first author Dr. Aneesh Bose noted that the choices animals make, especially when it comes to choosing a home, can have major implications for their livelihood.

“A shelter can serve many ecological roles, a place to rear babies, hide from predators, perform social behavior,” said Dr. Bose. “But just looking at the choices animals make doesn’t give us a correct answer of what they want because they are constrained by what’s available to them.”

It is challenging to study shelter selection in the wild because many traits in nature are linked. For example, a larger shelter like a burrow or a den could be better for rearing off-spring, but a bigger shelter entrance leaves animals more exposed to predators.

However, many animals are unable to physically modify these spaces, so it is too difficult to decipher an animal’s shelter preferences in the wild.

The team used CT scanning, 3D modeling, and 3D printing to create artificial shelters with precise differences in order to reveal the traits that were most desirable to animals.

The study was focused on a species of shell-dwelling cichlid fish from Lake Tanganyika, Africa. By scanning the snail shells that the fish use as shelters, the experts were able to create 3D models of the shells.

The models were 3D printed to create shell replicas, and then they were offered to fish in a series of experiments.

“The innovation of our study is that we have been able to 3D print a biological structure with precisely controlled dimensions, rather than using samples of real shells, which are limited in how they can be manipulated,” explained study co-lead author Johannes Windorfer. “And that way we escape the confines of the natural world.”

The fish showed preferences for shells with dimensions that do not typically exist in nature. They chose shells that were fully intact and either enlarged, lengthened, or had widened apertures.

The researchers discovered that the fish were able to distinguish chirality, the direction of coiling, and always selected shells with the same chirality as those that exist in their natural habitat.

The study revealed that some of the structural features were made a priority over others. The fish were found to prefer shell intactness over length, and shell length over entrance size.

“Our ultimate goal is to understand why animals choose the things they do, so first we have be certain we know what they choose,” said study senior author Dr. Alex Jordan.

“For example, I choose my beer based on taste, and I don’t really care about the bottle it comes in. But someone watching me might notice that all my favorite beers come in green bottles, and conclude I prefer green bottles.”

“If we are to avoid making the same mistake in animal behavior, we need to figure out a different way. Our study shows how you can experimentally dissociate linked traits and gives us a very powerful experimental framework to explore the ultimate basis of animal decision-making.”