Scientists have had a breakthrough in cloning coconut trees • Earth.com 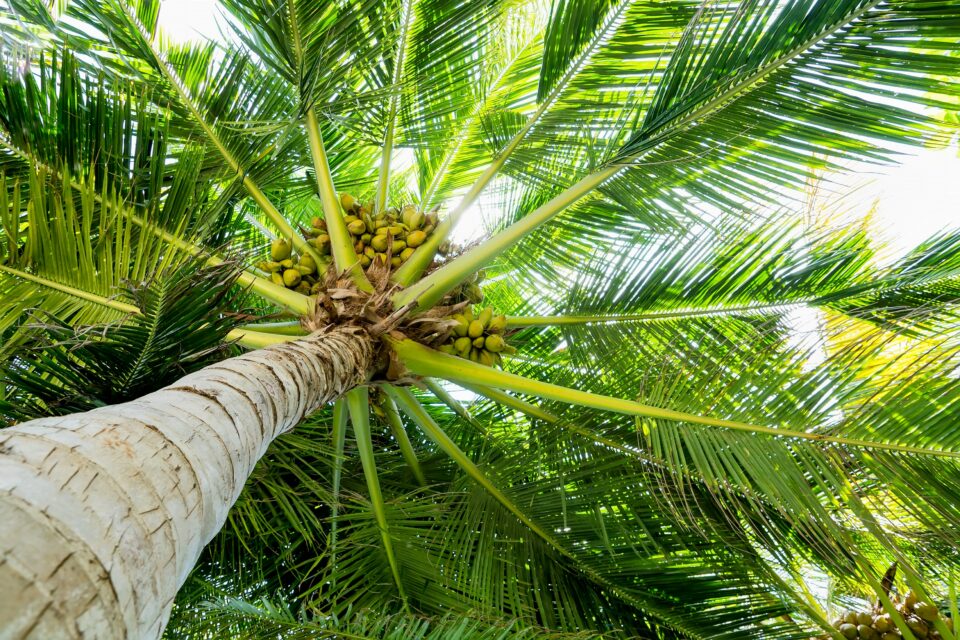 Despite a growing demand for coconuts worldwide, the trees grow slowly and are challenging to clone. Coconut trees are also facing many different threats, including climate change, disease, and rising sea levels.

In a new study led by KU Leuven, researchers have developed a method to multiply coconut trees faster and store them more efficiently in gene banks.

The research was inspired by another fruit – the banana. Based on previous work with banana plants, study co-author Bart Panis predicted that a certain plant hormone could also be successful in coconut trees.

“Coconut plants do not form side shoots. They put all their energy into one shoot that has to grow as fast and as tall as possible. This makes it very difficult to clone and store the plants,” said Panis.

First, the scientists extracted the coconut tree embryo from the coconut. Next, they applied the plant hormone to the meristem contained in the embryo. This caused the embryo to form not only one shoot, but several side shoots.

“Nobody thought we could do it. But we persevered with determination,” said Panis. “There are other methods of vegetatively propagating coconut trees but we are confident that this is the first method that is also time- and cost-efficient.”

The team’s top priority is to safeguard the coconut tree’s genetic diversity as efficiently as possible. The researchers explained that it is very crucial to preserve as many varieties of the coconut plant because each variety has specific characteristics – some are resistant to a particular disease, while others are more resistant to heat or drought.

“Currently, the coconut tree is kept as a tree in field collections. But some of these collections are threatened by Lethal Yellowing Disease,” said study lead author Hannes Wilms.

“Our technique now also allows the shoots of the coconut plant to be preserved for eternity by cryopreservation, in liquid nitrogen at a temperature of -196°C.”

“This is important for the future: if a new disease was to affect coconut production, there may be a variety in the gene bank that is resistant to this disease and can be planted out in the affected areas,” said Panis.

“There’s a huge demand for coconut. The existing plantations are old and need to be replanted in the short term. So our technique meets the great demand for healthy plant material.”