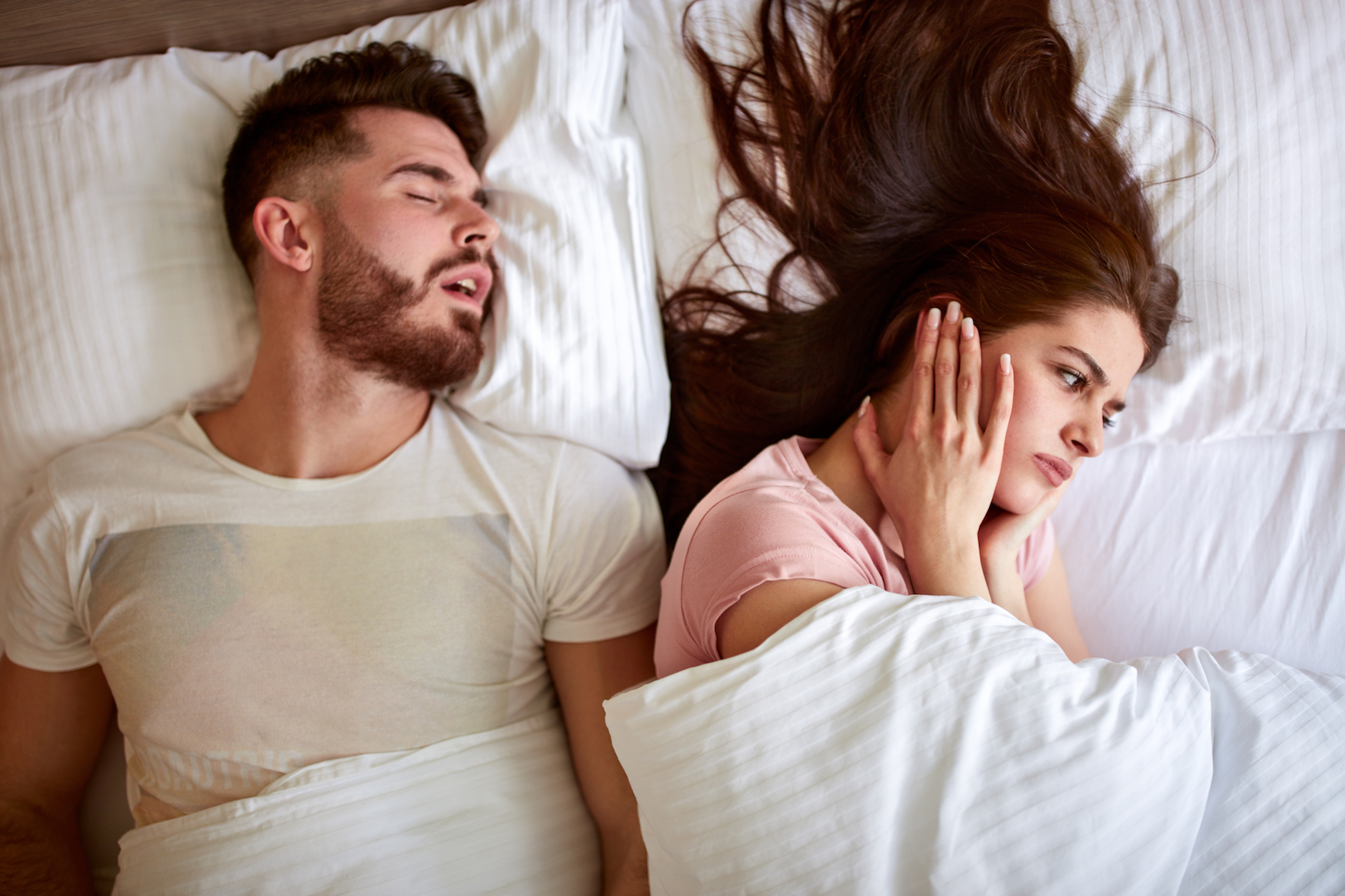 Scientists identify area of the brain that triggers sleep apnea

Obstructive sleep apnea is the most common type of sleep apnea, affecting 25 percent of adults in the United States. This potentially serious sleep disorder is linked to an increased risk of obesity, cardiovascular disease, and diabetes. Scientists have now identified specific neural circuits responsible for stimulating the brain during sleep apnea conditions, which may lead to improved drug therapies.

Often characterized by loud snoring, obstructive sleep apnea is caused by partial or complete obstruction of the upper airway. As oxygen levels in the blood fall and carbon dioxide levels rise, the brain is alerted and wakes the individual up to re-establish breathing.

“A person with apnea wakes up and starts breathing again and this cycle can repeat hundreds of time per night, so the person never gets very deeply asleep,” said study senior author Clifford B. Saper. “In the morning, they may not remember that they have not had a restful night’s sleep but will feel very tired.”

Researchers at the Beth Israel Deaconess Medical Center simulated the effects of obstructive sleep apnea in mice by using an enclosure with adjustable atmospheric levels of oxygen and carbon dioxide. They changed the ratio of the gases every five minutes for 30 seconds.

The team then focused on a subset of neurons, PBelCGRP cells, which are known to activate in response to elevated carbon dioxide levels. The researchers genetically altered these cells in the mice so that the neurons could be activated or suppressed using light or drugs. The activation of these cells woke the mice up and could keep them awake for hours at a time, while the suppression of the neurons allowed the mice to sleep even through elevated levels of carbon dioxide. This demonstrated that these cells are responsible for waking up the brain.

In the final phase of the study, the experts followed the long branches, or axons, of the PBelCGRP neurons to the cells with which they connect in other parts of the brain. When the researchers switched off the neurons’ connection to a key region of the basal forebrain, all sensitivity to carbon dioxide was also turned off.

The fragmented sleep that results from sleep apnea can cause significant impairments to cognition, mood, and alertness. The scientists hope to use the findings of their study to develop more effective treatments for sleep apnea patients.

“The long-term goal of this research is to come up with drugs that will affect specific pathways in the brain,” said Saper. “The next step is to see if we can use drugs to prevent the wake-up response while augmenting the opening of the airway. That way, having an apnea won’t wake a person up.”