Scientists solve the mystery of how insects got their wings • Earth.com 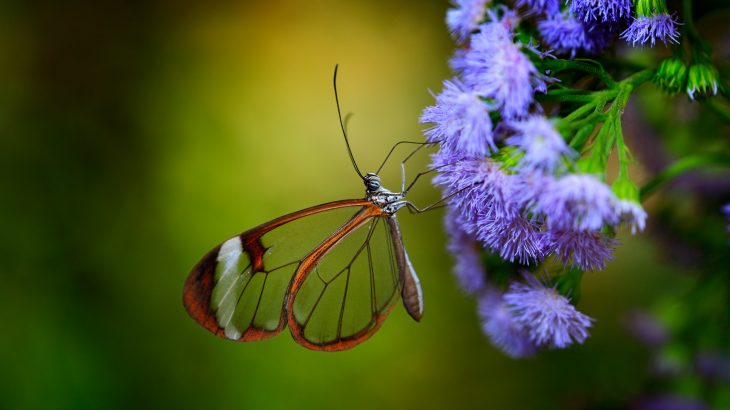 Researchers at the Marine Biological Laboratory (MBL) have finally solved the mystery of insect wing evolution. The team has confirmed the theory that insect wings evolved from an outgrowth or “lobe” on the legs of an ancestral crustacean.

After the ancient marine animal moved onto land about 300 million years ago, one of its leg segments became embedded in the body wall during embryonic development. This was likely an adaptation that emerged to better support its weight on land.

“The leg lobes then moved up onto the insect’s back, and those later formed the wings,” said study co-author Heather Bruce. She explained that one of the reasons it took a century to figure this out, is that it was not appreciated until around 2010 that insects are most closely related to crustaceans within the arthropod phylum.

“Prior to that, based on morphology, everyone had classified insects in the myriapod group, along with the millipedes and centipedes,” said Bruce. “And if you look in myriapods for where insect wings came from, you won’t find anything.”

“So insect wings came to be thought of as ‘novel’ structures that sprang up in insects and had no corresponding structure in the ancestor – because researchers were looking in the wrong place for the insect ancestor.”

To solve the decades-old mystery of insect wing evolution, the researchers combined old scientific papers with advanced genomic analysis. The investigation was initiated as Bruce was comparing the genetics of the segmented legs of a crustacean to various insects like fruit flies. Her analysis identified genes that corresponded with the six leg segments found in both crustaceans and insects.

However, the crustacean species Parhyale, and the has an additional, seventh leg segment next to its body wall. Bruce set out to determine where this segment had gone.

“And so I started digging in the literature, and I found this really old idea that had been proposed in 1893, that insects had incorporated their proximal [closest to body] leg region into the body wall,” said Bruce. “But I still didn’t have the wing part of the story. So I kept reading and reading, and I came across this 1980s theory that not only did insects incorporate their proximal leg region into the body wall, but the little lobes on the leg later moved up onto the back and formed the wings. I thought, wow, my genomic and embryonic data supports these old theories.”

According to the researchers, it would have been impossible to unravel the mystery of insect wing evolution without the genomic tools that are now available.

“People get very excited by the idea that something like insect wings may have been a novel innovation of evolution,” said MBL Director Nipam Patel. “But one of the stories that is emerging from genomic comparisons is that nothing is brand new; everything came from somewhere. And you can, in fact, figure out from where.”