Scientists are fed up – and are leaving their labs to speak out • Earth.com 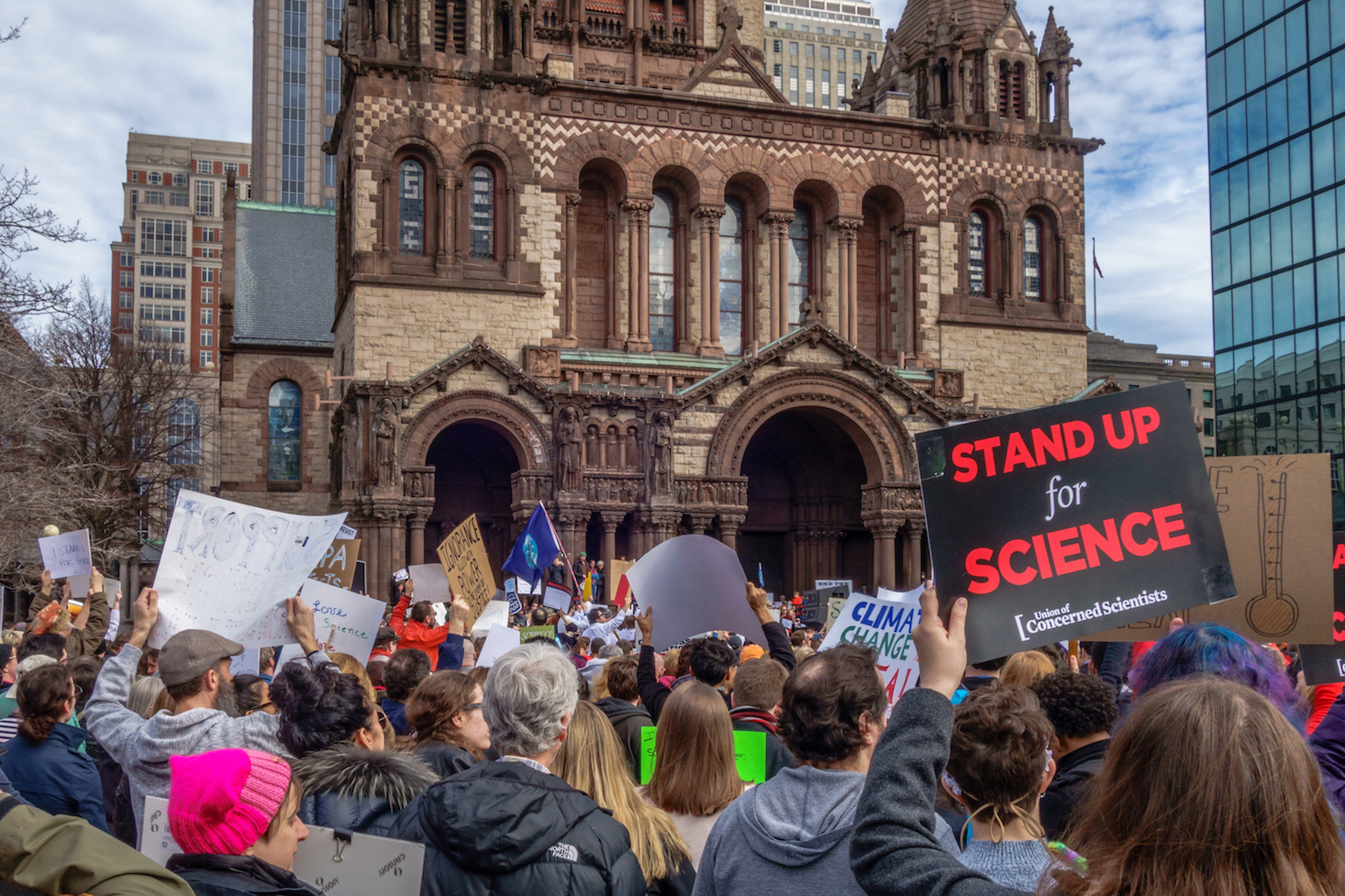 This past weekend, a lot of people who are much more comfortable in a laboratory, holding a microscope, found themselves at a protest, holding picket signs. This is because statements made by President Donald Trump, as well as executive orders that he’s passed, have made it impossible for some scientists to sit on the sidelines. For many of them, speaking out has become a necessity.

That’s why Brittany Goods took to Copley Square in Boston during the Rally To Stand Up For Science. A postdoctoral student in biomedical sciences at Massachusetts Institute of Technology, she told the Scientific American, “It’s uncomfortable for me as a scientist, but it’s necessary.”

Other protesters cited Trump’s reliance on “alternative facts,” skepticism about climate change expressed by him and his appointees, as well as his recent travel ban that focused on several Muslim-majority nations as a reason why they felt the need to stand up and speak out. The travel ban affected hundreds of scientists and doctors in the Boston area, sparking outrage in the scientific and medical community.

Naomi Oreskes, a professor at Harvard University, spoke at the protest. “It is not political to defend the integrity of facts,” she said. “We did not politicize our science. We were politicized by people who don’t like our facts.”

Commentary and signs at the rally included statements such as “Science is not a liberal conspiracy” and “Climate change is NOT a controversy.” Goods carried a sign simply emblazoned with the single word “FACTS.”

The Rally To Stand Up For Science was held at the same time as this year’s five-day meeting of the American Association for the Advancement of Science (AAAS). While some people (such as Oreskes) attended and even spoke at both events, others in the scientific community were critical of the protest. The latter say that such rallies are a waste of time.

The AAAS refused to explicitly take a side but said in a statement, “It is exciting to see people enthusiastic about science and the use of evidence in policymaking, and we are inspired by the grassroots nature of this movement.”