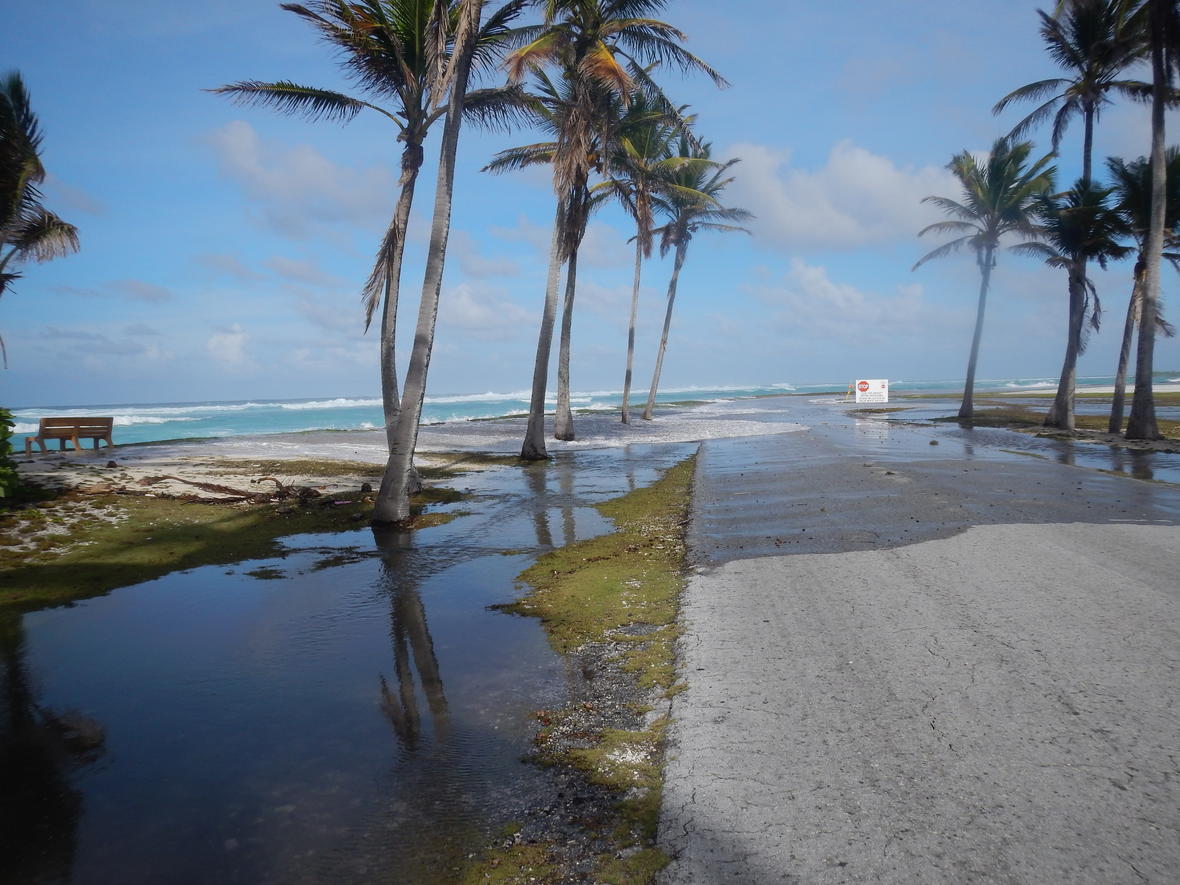 Sea-level rise as a result of climate change is a rather worrying predicament for a number of reasons. In recent years, scientists have been working hard to determine the consequences of this phenomenon, with mostly depressing findings. Now, a new study published in Science Advances reveals that sea-level rise and wave-driven flooding could devastate freshwater resources integral to the populations on low-lying atoll islands, leaving many islands uninhabitable in just a few decades.

Researchers from the U.S. Geological Survey, Deltares, National Oceanic and Atmospheric Administration, and the University of Hawaii at Mānoa studied Roi-Namur Island on Kwajalein Atoll in the Republic of the Marshall Islands from 2013 to 2015. This is one of more than 1,100 low-lying islands that make up 29 atolls, and contains a number of island nations that are populated by hundreds of thousands of people.

The researchers used numerous climate-change scenarios to predict the effect of sea-level rise and wave-driven flooding on atoll infrastructure and the availability of freshwater. Since many atolls around the world share a similar morphology and structure, the findings of this study can be applied to many of the atolls across the globe. The highest rates of sea level rise can be found in the tropics, where thousands of these atoll islands are located. While previous studies have projected that these islands will experience minimal inundation impacts until at least the end of the 21st century, the studies did not count for the additional effects of wave-driven overwash or the impact on freshwater availability.

“The tipping point when potable groundwater on the majority of atoll islands will be unavailable is projected to be reached no later than the middle of the 21st century,” says Curt Storlazzi, a USGS geologist and lead author of the study.

This means that within the next 50 years, annual flooding could result in the islands becoming uninhabitable as a result of repeated damage to infrastructure and the lack of drinkable freshwater. For populated atoll islands, the main source of freshwater is rain that soaks into the ground and stays there as a layer of fresh groundwater, floating on top of the denser saltwater.

“The overwash events generally result in salty ocean water seeping into the ground and contaminating the freshwater aquifer,” explains Stephen Gingerich, a USGS hydrologist and co-author of the study. “Rainfall later in the year is not enough to flush out the saltwater and refresh the island’s water supply before the next year’s storms arrive repeating the overwash events.”

If these predictions come to fruition, human habitation in many of these atoll islands could be almost impossible, beginning between the 2030s and 2060s. This could mean a major relocation of the islands’ inhabitants, or the need for significant financial investment into new infrastructure. Either way, the predicted sea-level rise could have a devastating impact on the communities that call these islands home.