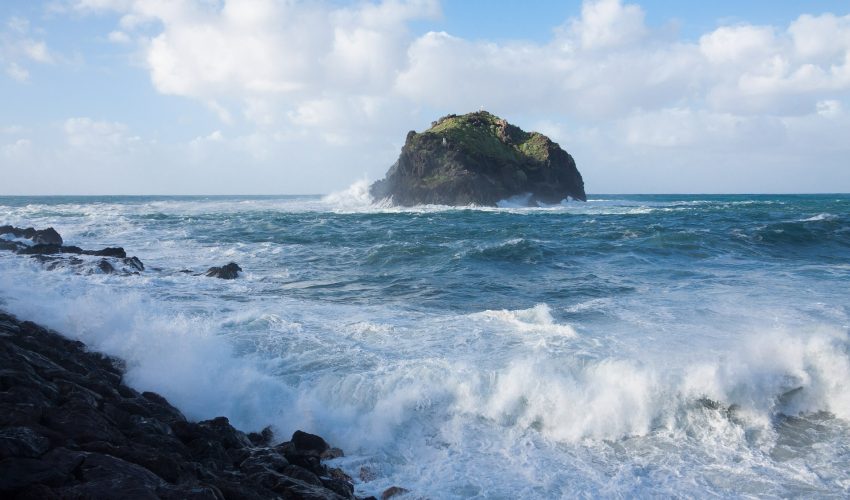 During the last warming, sea level rose in sudden spurts

New research shows that at the end of the last ice age when the glaciers melted, sea level rose in short, punctuated bursts, rather than in a steady climb.

The discovery was made by researchers from Rice University and the Harte Research Institute for Gulf of Mexico Studies onboard the Schmidt Ocean Institute’s research vessel Falkor.

The drowned reefs were located at depths of 195 feet about 30 to 50 miles off the coast of Corpus Christi. The researchers estimate the reefs began forming 19,000 years ago when the last ice age was ending.

The formation and shapes of a reef can illustrate its history, especially when it comes to rising sea levels.

If the water rises too fast, it will flood the reef. But if the reef has the time, it can use a strategy called backstepping, where a part of the reef can hold waters back, and the reef can grow a vertical step.

These steps were what surprised the researchers most. All of the reefs mapped by the Falkor showed similar terraces or steps, revealing that the seawater did not steadily climb, but rose in bursts.

“In our case, each of these steps reveals how the reef adapted to a sudden, punctuated burst of sea-level rise. The terraces behind each step are the parts of the reef that grew and filled in during the pauses between bursts,” said Pankaj Khanna, a Rice graduate student who was part of the research team.

Some of the drowned reefs had as many as six different terraces, and though some of the reefs mapped were miles apart, the depth of the terraces lined up.

This discovery is vital to research aimed at predicting how sea level will rise in the coming years in response to climate change. The fossil reefs are proof that sea level rise could happen in a rapid event, forcing the evacuation of those who live in coastal cities.

“Our findings show that sea-level rise could be considerably faster than anything yet observed, and because of this situation, coastal communities need to be prepared for potential inundation,” said Jeff Nittrouer, the study’s co-author.