Seabirds have recovered on British island after predatory rats were removed • Earth.com 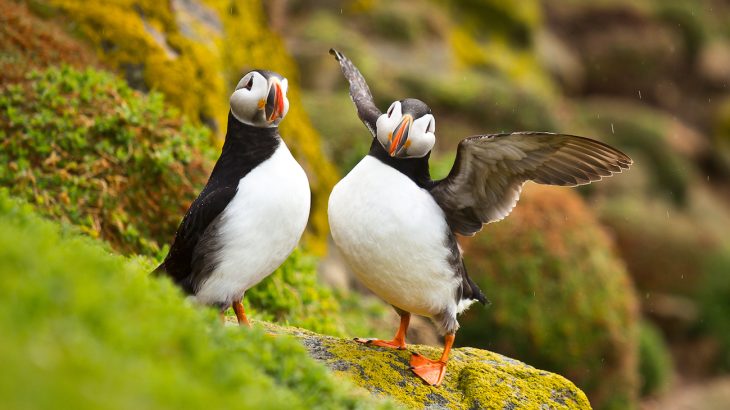 Seabirds have recovered on British island after predatory rats were removed

The population of seabirds on a British island has made an impressive recovery after a project was launched to eradicate thousands of rats that were eating all the bird eggs.

In less than two decades, the number of puffins on Lundy Island has bounced back from less than 20 to 375 birds. The project has also boosted the population of Manx shearwaters from hundreds to thousands.

According to the Royal Society for the Protection of Birds (RSPB), the total number of seabirds on Lundy has tripled to 21,000 in the 15 years after the rats were removed. The RSPB, which is a wildlife charity in the UK, said the initiative has been a great success.

“This study clearly shows how quickly and positively seabirds respond to the removal of non-native predators,” said Helen Booker, who is RSPB’s senior conservation officer. “Of course, we had anticipated major population increases when the project was launched, but the scale of this recovery has far exceeded our expectations.”

In 2003, efforts were launched to get rid of the rats on Lundy Island in a collaboration among the RSPB, Natural England, the Landmark Trust, and the National Trust. Ever since the island was declared free of rats, the seabird populations have been steadily increasing.

“It is exciting to see this level of recovery in Manx shearwaters, one of our most important seabirds,” said Dean Jones, who is the warden on Lundy Island. “In spring the island comes alive at night with the sound of these amazing birds.”

“The increases in puffins, guillemots and razorbills is also very encouraging for the future of seabirds on Lundy and we are maintaining our vigilance to ensure rats cannot return to the island.”