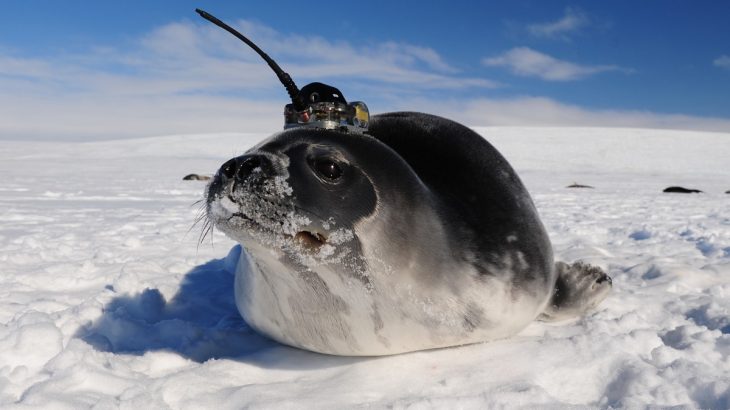 In the winter, Antarctica’s Weddell Sea is covered with a thick layer of sea ice that makes up a vast flat icescape stretching as far as the eye can see.

However, every few years or so, researchers would report holes or polynyas that had formed in the sea ice. Polynya means “hole in the ice” in Russian and they are not an uncommon sight along the Antarctic coast. These enormous gaps had been a huge mystery especially given their sporadic nature.

But in a new study, researchers from the University of Washington used data from satellites, seals, and robotic drifters to help make sense of the phenomenon.

Some of the biggest holes in the Weddell Sea Ice were first observed in 1974-1976, when satellite imagery showed an ice-free area the size of New Zealand. The holes formed in the sea ice even though temperatures were well below freezing.

Antarctica’s Southern Ocean plays a key role in both the carbon cycle and ocean currents, so understanding how and why these holes form could lend essential insights into climate and ocean processes. 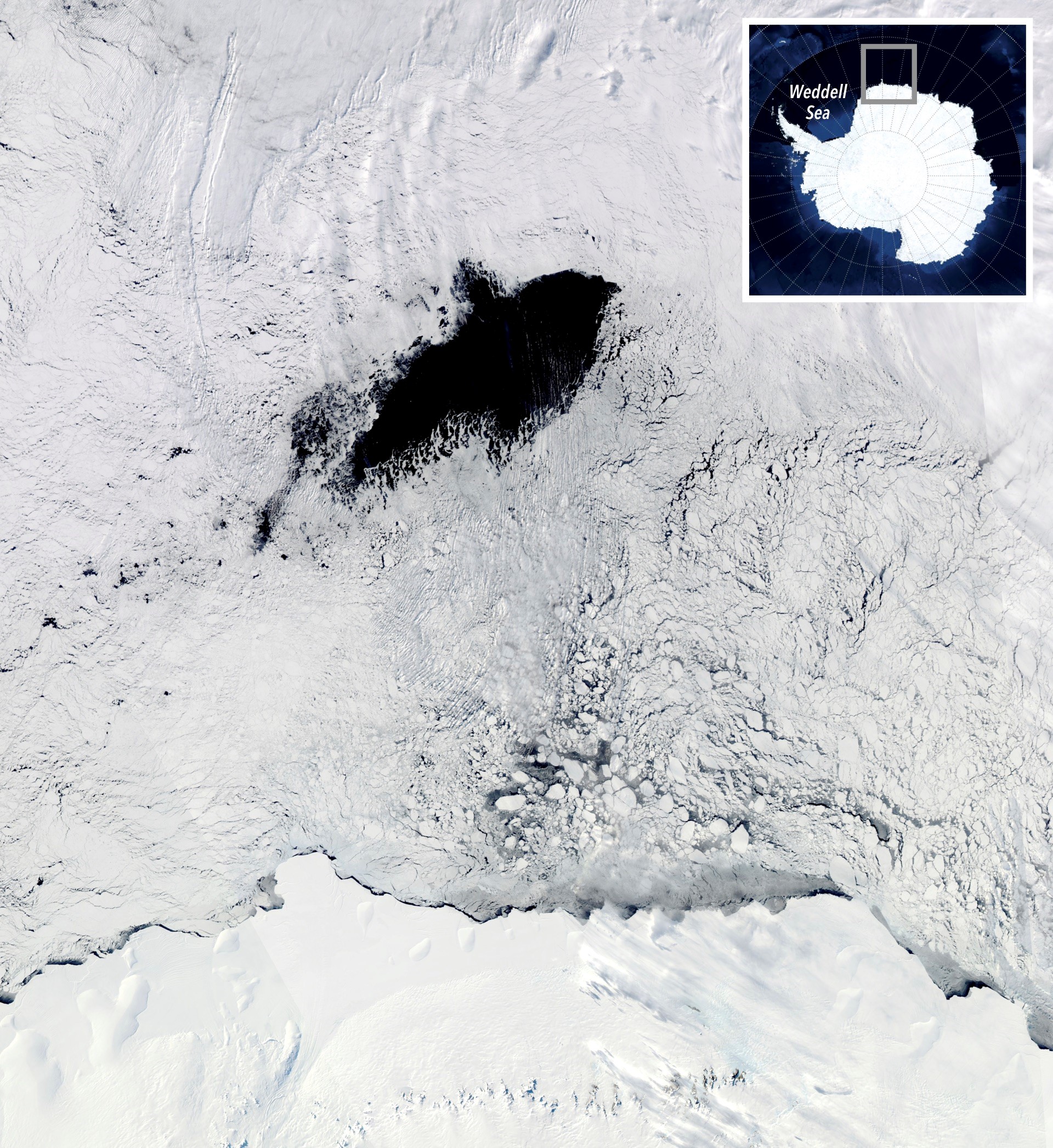 A hole in the sea ice off of the Antarctic coast. Image Credit: NASA

“We thought this large hole in the sea ice — known as a polynya — was something that was rare, maybe a process that had gone extinct. But the events in 2016 and 2017 forced us to reevaluate that,” said Ethan Campbell, the lead author of the study. “Observations show that the recent polynyas opened from a combination of factors — one being the unusual ocean conditions, and the other being a series of very intense storms that swirled over the Weddell Sea with almost hurricane-force winds.”

For the study, the researchers reviewed data from robotic drifters as part of the Southern Ocean Carbon and Climate Observations and Modelling project.

“This study shows that this polynya is actually caused by a number of factors that all have to line up for it to happen,” said Stephen Riser, a co-author of the study. “In any given year you could have several of these things happen, but unless you get them all, then you don’t get a polynya.”

One way a polynya can form is when ocean winds get close to the shore and force dense seawater to rise above an underwater mountain called Maud Rise. This perfect storm creates a spinning vortex above Maud Rise, which in turn prevents sea ice from covering the area.

Another way that the holes form is if the surface layer of the ocean has higher salt concentrations. The constant rising and sinking of dense cold water and warmer saltier water cause a feedback loop where ice can’t form.

“Essentially it’s a flipping over of the entire ocean, rather than an injection of surface water on a one-way trip from the surface to the deep,” said Earle Wilson, a fellow co-author of the study.

Having a better understanding of how the polynyas form is crucial for climate and carbon monitoring. If polynyas form when deep ocean water rises to the surface, this could release carbon into the atmosphere and disrupt ocean currents.

“This deep reservoir of carbon has been locked away for hundreds of years, and in a polynya it might get ventilated at the surface through this really violent mixing,” said Campbell. “A large carbon outgassing event could really whack the climate system if it happened multiple years in a row.