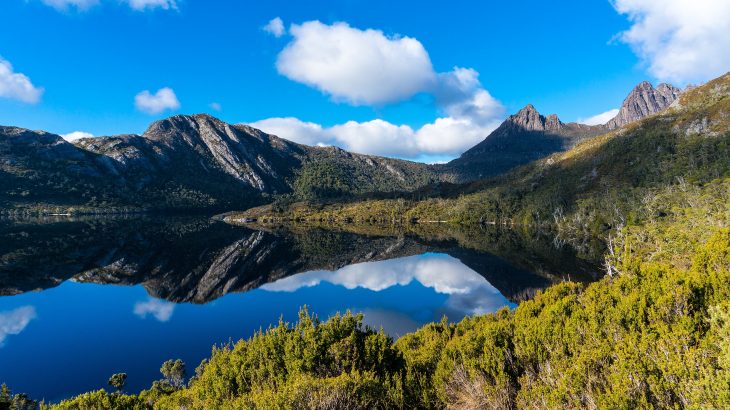 Australia is often perceived as being an idle continent, but a new study suggests that the region is much more geologically active than expected.

Researchers at the University of Melbourne have found evidence that Australian mountains are much younger than previously thought, and they are still growing.

The experts determined that the Eastern Highlands of Victoria, including skiing destinations like Mt. Baw and Mt. Buller, only date back about 5 million years. Prior to this study, these mountains were estimated to be 90 million years old.

John Engel is one of four experts in the School of Earth Sciences who analyzed stalagmites, stalactites, and speleothems in the nearby Buchan Caves. The analysis revealed new clues about the age and activity of the mountains.

“At least 250 meters of additional height in the East Victorian Highlands appears to have been gained in the last few million years,” said Engel.

With the guidance of Parks Victoria Rangers, the scientists visited 10 caves. They collected small fragments of speleothem “rubble,” which were later analyzed in the lab using radiometric U-Pb dating.

“Our research shows a clear trend between the oldest speleothem and height in the landscape,” said Engel.

“The data suggests that the Buchan region has been steadily uplifting at a rate of 76 meters every million years, beginning at least 3.5 million years ago and continuing today. This means that some speleothems have been sitting in dark caves undisturbed for 3.5 million years.”

The cause of the recent uplift is not yet clear, but the researchers believe it may be explained by tectonic activity.

“The Australian and Pacific plates share a common boundary and many of the forces involved at this boundary may be propagated into the Australian plate as tectonic stress. Some of this tectonically-induced stress is then released as uplift of the mountains in South East Australia.”

“This is why East Gippsland may still feel effects related to these tectonic forces. This subtle modification of classical plate tectonic theory can help explain the frequent, small earthquakes observed along South East Australia,” explained Engel.

He said that while mountains like the Himalaya and the Swiss Alps are admired for their aesthetic appeal, uncovering the secret stories surrounding when and how mountains form provides a layer of appreciation as well as an active field of research for geologists.

“Our research showcases a new – and rather unique – method for measuring the uplift of mountains,” said Engel.

“This technique of using speleothem is likely to also work in other caves across the world for regions with ‘recent’ tectonic activity, offering geologists great opportunities to share more stories about these impressive and unchanging features of our landscape.”