Self-driving car operators may become too complacent to respond to an emergency • Earth.com 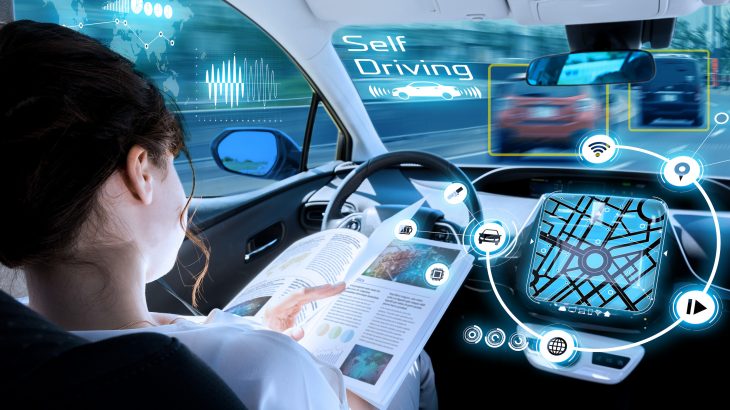 The results of a new study from the University of Nottingham suggest that operators of driverless cars may become too complacent behind the wheel to respond to an emergency.

Vehicles that are designed to independently operate on highways and in heavy traffic are expected to become commercially available in the UK within the next few years.

The researchers examined the skills of 49 individuals in a simulated driving test for 30-minute sessions over five days. The participants started off driving manually, but were allowed to let the vehicle operate autonomously when the simulation reached a highway.

About 20 minutes into the trial, the drivers received a notification to take control of the car within 60 seconds. The drivers were found to swerve across lanes and drive at an unsteady pace for the remaining minutes of the simulation. On the first day of testing, drivers went off the course by more than two meters.

The team reported that even though driving was found to improve over the following days, the drivers became more complacent. For example, even at the end of the five-day experiment, nearly half of the drivers still had to look at the floor to make sure their feet were on the right pedals.

“A major concern is that drivers are likely to have become ‘out-of-the-loop’, i.e. they have not been required to actively monitor, make decisions about or provide physical inputs to the driving task,” wrote the study authors.

“This reduces their perception and comprehension of elements and events in their environment, and their ability to project the future status of these things – their so-called situational awareness.”

The researchers noted that the drivers were not prepared to take control of the vehicle in the case of an emergency. More than 80 percent of the participants used their cell phones while the car was self-driving, while others read or even fell asleep.

“Participants appeared quite comfortable, even from day one, to engage with these tasks – soon after the opportunity presented itself – despite their ongoing responsibilities towards the vehicle operating.”

“Drivers also appeared to become somewhat lackadaisical in their approach to grasping the steering wheel as the week progressed – choosing to do so later on Friday and in some cases after manual control had been handed back.”

The experts concluded that new training will be needed once the conditionally automated cars become available to the public.