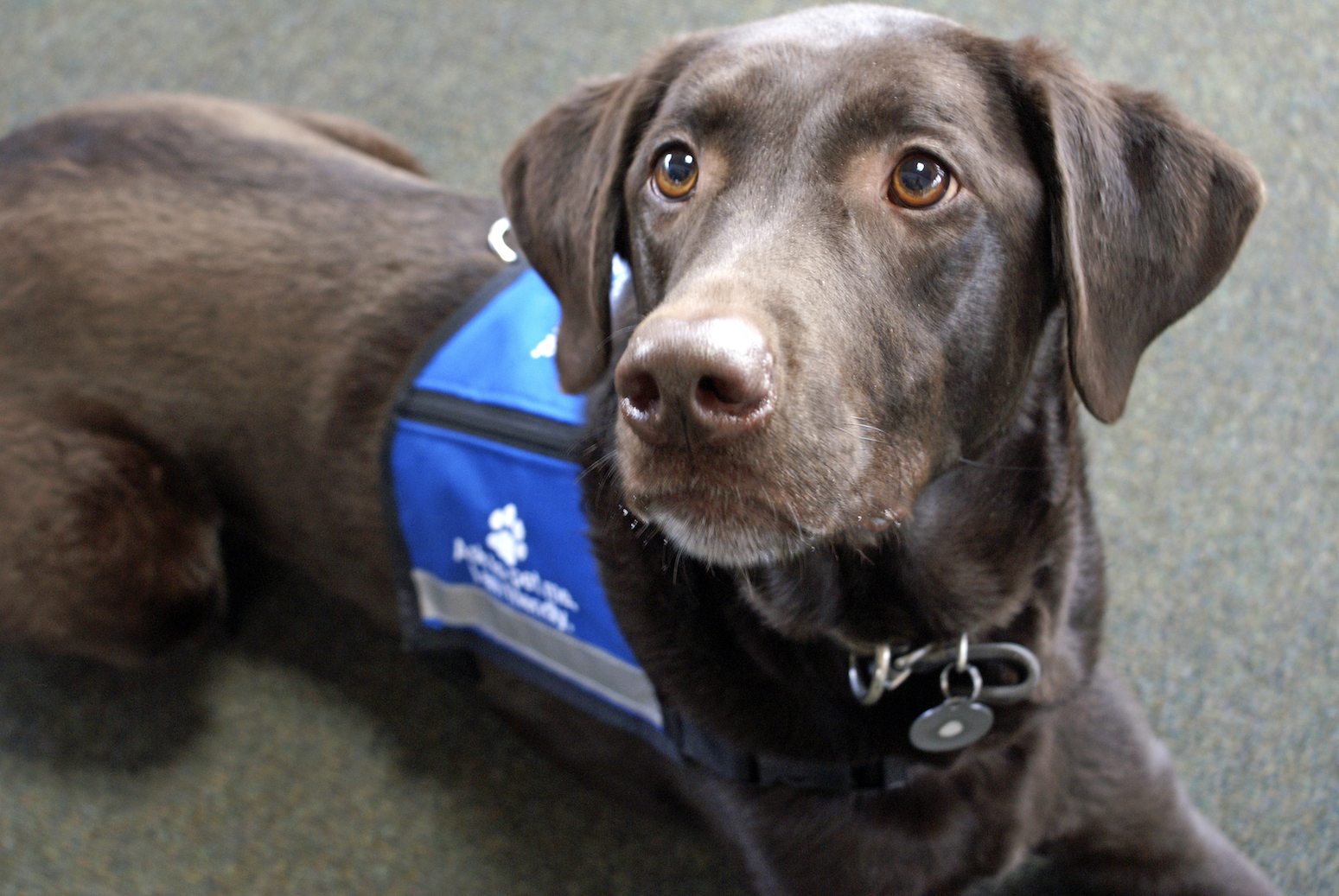 A new study from the Purdue University College of Veterinary Medicine has demonstrated that veterans who are suffering from post-traumatic stress disorder (PTSD) can benefit physiologically from the company of service dogs.

Study lead author Maggie O’Haire is an assistant professor of Human-Animal Interaction in the College of Veterinary Medicine, who conducted the study with the help of K9s for Warriors, the nation’s largest provider of service dogs to veterans.

“Our long-term research goal is to quantify how service dogs may affect the health and well-being of military members and veterans with PTSD,” said Professor O’Haire.

“This study compared a group of veterans with PTSD who had a service dog to a group on the waitlist to receive one. Our previous research suggests that the presence of a service dog reduced clinical PTSD symptoms and improved quality of life. In this study, we wanted to determine if those beneficial effects also included changes in the physiology of stress.”

Study author Kerri Rodriguez explained that the investigation was focused on cortisol because it is directly involved in the stress response system. The veterans collected saliva samples first thing in the morning and then around 30 minutes later for cortisol measurements.

Morning levels of cortisol are significant in gauging the magnitude of the effects of chronic and acute stress, which is referred to as the “cortisol awakening response.” Healthy adults with no symptoms of PTSD experience an increase in cortisol after waking up.

“We found that military veterans with a service dog in the home produced more cortisol in the mornings than those on the waitlist,” said Rodriguez. “This pattern is closer to the cortisol profile expected in healthy adults without PTSD. Having a service dog was also associated with less anger, less anxiety, and better sleep.”

Professor O’Haire said that despite the importance of this discovery, it should be taken in context.

“These findings present exciting initial data regarding the physiological response to living with a service dog,” said Professor O’Haire. “However, the study did not establish a direct correlation, on an individual level, between cortisol levels and levels of PTSD symptoms, and further study is needed. It is important to keep in mind that service dogs do not appear to be a cure for PTSD.”

The researchers are currently conducting an analysis based on a large-scale trial by the National Institutes of Health to evaluate the effects in veterans with and without service dogs over an extended period of time.

“Our research team will be able to look at morning cortisol levels both before and after getting a service dog to see how these physiological effects manifest over time,” said Professor O’Haire. “The longitudinal nature of this clinical trial should bring about a better understanding of the interrelationships between physiological and behavioral processes, PTSD symptoms, and service dogs.”

The research is published in the journal Psychoneuroendocrinology.