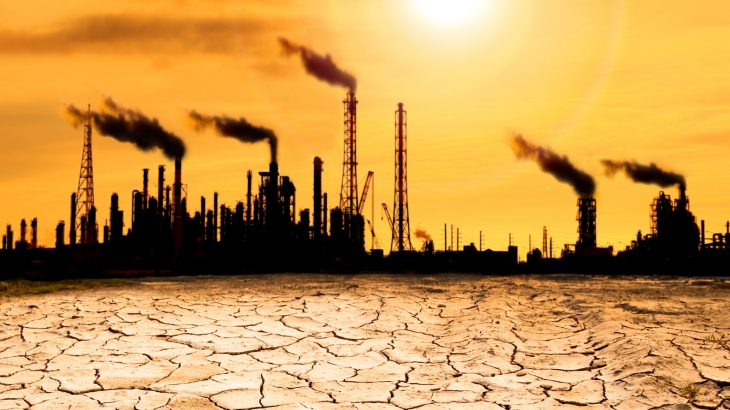 According to the Washington Post, the 500-page environmental impact statement states that warming is inevitable with or without fuel efficiency regulations.

The statement says that we will see warming of 7 degrees Fahrenheit (4 degrees Celsius) above pre-industrial levels by 2100.

It’s a startling conclusion, and the report offers no solutions for mitigating climate change or reducing emissions, instead stating that removing fuel efficiency standards won’t make much a difference.

In a warming world, seven degrees Fahrenheit would spell disaster for the world’s oceans and coastal communities.

The already evident increases in weather extremes and heat waves would only get worse under those kinds of conditions.

What’s notable about the EIS is that it seems to run counter with much of the Administration’s and Trump’s own admissions about climate change and greenhouse gas emissions because the report admits that human activities increase CO2 emissions and that these drive global warming.

However, the EIS also discusses how new policies put in place by the administration would increase atmospheric CO2 emissions over what was previously allowed.

“The amazing thing they’re saying is human activities are going to lead to this rise of carbon dioxide that is disastrous for the environment and society. And then they’re saying they’re not going to do anything about it,” Michael MacCracken, who previously served as a senior scientist at the U.S. Global Change Research Program, told the Washington Post.

If we want to curb emissions and combat climate change, the EIS states that it would require a drastic reduction in CO2 emissions, which the Trump administration claims is no longer realistic.

The report complements the administration’s recent rollbacks and proposals that prioritize fossil fuels and increase greenhouse gas emissions which are all said to help boost industrialization and the economy.