Several endangered species may be vulnerable to COVID-19 • Earth.com 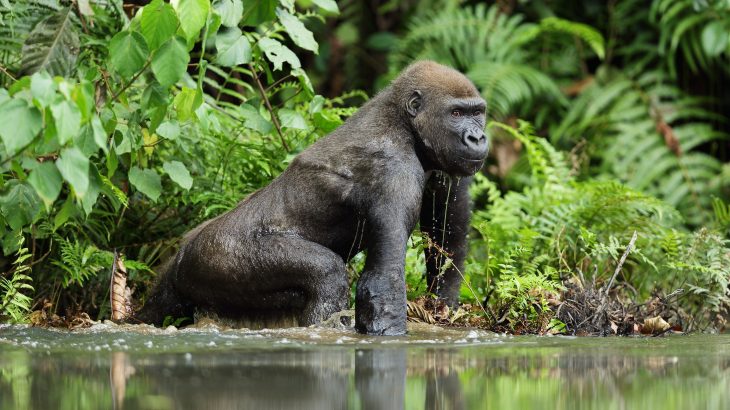 Several endangered species may be vulnerable to COVID-19

Several critically endangered species may have a high risk of COVID-19 infection, according to new research from UC Davis.

An international team of scientists conducted a genetic study of 410 different species of vertebrates, including birds, fish, amphibians, reptiles, and mammals to determine which may be most vulnerable to SARS-CoV-2.

In humans, the ACE2 protein that serves as the cellular gateway for COVID-19 contains 25 amino acids that are important for the virus to bind and gain entry into the body. The genomic analysis was designed to investigate how many of these amino acids are found in the ACE2 proteins of the different species.

“Animals with all 25 amino acid residues matching the human protein are predicted to be at the highest risk for contracting SARS-CoV-2 via ACE2,” said study first author Joana Damas. “The risk is predicted to decrease the more the species’ ACE2 binding residues differ from humans.”

The study revealed that about 40 percent of the species potentially susceptible to SARS-CoV-2 are classified as “threatened” by the International Union for Conservation of Nature. These animals may be particularly vulnerable to human-to-animal transmission.

“The data provide an important starting point for identifying vulnerable and threatened animal populations at risk of SARS-CoV-2 infection,” said study lead author Professor Harris Lewin. “We hope it inspires practices that protect both animal and human health during the pandemic.”

The researchers found that several critically endangered primate species have the highest risk of COVID-19, including the Western lowland gorilla, Sumatran orangutan, and Northern white-cheeked gibbon.

Marine mammals such as gray whales and bottlenose dolphins  were also identified as having the highest risk of infection.

Cats, cattle, and sheep were determined to have a medium risk of ACE2 binding, while dogs, horses, and pigs were found to have a low risk.

Further research is needed to better understand the implications of the findings. In documented cases of SARS-COV-2 infection in animals such as cats, dogs, hamsters, and tigers, the virus may be using ACE2 receptors or may be using different receptors to gain access to host cells.

The National Zoo and the San Diego Zoo, which both contributed genetic material to the study, are among many institutions that have strengthened programs to protect both animals and humans from COVID-19.

“Zoonotic diseases and how to prevent human to animal transmission is not a new challenge to zoos and animal care professionals,” said study co-author Klaus-Peter Koepfli. “This new information allows us to focus our efforts and plan accordingly to keep animals and humans safe.”

The researchers said the predicted animal risks should not be overinterpreted, as more studies are needed to determine the susceptibility of animals to SARS-CoV-2.