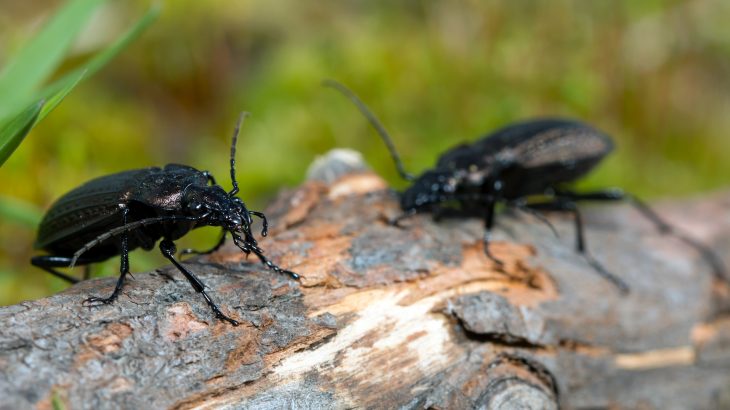 While much of the animal kingdom relies on a mutually beneficial partnership to reproduce offspring and pass on genetics, some species have male and female partnerships that produce less than optimal reproduction.

Some species exhibit sexual conflict, where males and females, each determined to produce offspring with the best chance of survival, will employ strategic methods that often work counter to the other sex’s reproductive chances.

This push and pull competition to get ahead in the reproductive race can negatively impact reproduction and drive down population numbers, according to a new study examining sexual conflict in beetles.

Researchers from Kobe University conducted the study which was published in the journal Evolution.

Sexual conflict is said to be a main driver of evolution for many species but how it impacts populations, female longevity, and reproductive success is not well understood.

To better understand the influence of sexual conflict, the researchers observed mating pairs of the ground beetle Carabus insulicol.

Carabus insulicol presents a classic example of sexual conflict as the males have hook-shaped genitalia and the females a pocket that the male inserts the hook into.

The males with longer hooks can cause females to release more eggs than needed and waste unfertilized eggs, which was considered harassment.

In some instances, the researchers observed 20 to 40 percent of the eggs laid by harassed females were unfertilized.

For the female, this lowers the chance of reproductive success and for the male, this means other males won’t be able to fertilize the female they’ve mated with.

The researchers did note that females with longer reproductive pockets were better at keeping their unfertilized eggs and not wasting them.

Beetle populations were smaller if there were more instances of harassment, according to the researchers, showing that sexual conflict has a negative impact on the species overall.

“We hope that by introducing the perspective of sexual conflict, we will be able to improve our methods of gauging the survival chances of animal populations,” said Yasuoki Takami.