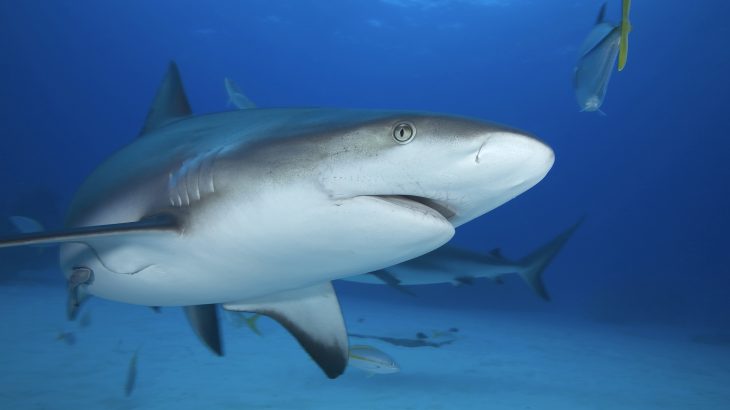 Researchers from the University of California, Santa Barbara made an unexpected discovery while studying grey reef sharks in a protected shark sanctuary around the Republic of the Marshall Islands (RMI).

Almost a quarter of all shark populations are in danger of becoming extinct, and overfishing has played a significant role in many shark population declines. One particularly gruesome practice is called shark finning, where people cut off the fin of a shark and discard the rest of its body.

Shark sanctuaries were implemented as a buffer against fishing and are meant to serve as a conservation area specifically for sharks.

At first, the researchers were hoping to survey the sharks’ movements but instead, monitoring in the area led to the discovery of illegal shark fishing.

A study detailing the researchers’ new findings and calling for better monitoring using satellite technology in shark sanctuaries was published in the journal Conservation Letters.

“It’s not the study we expected,” said Darcy Bradley, a researcher for the study. “Instead, we uncovered a high level of illegal shark fishing from within the Marshall Islands shark sanctuary.”

The researchers discovered that illegal fishing activity was taking place in the Marshall Islands’ Exclusive Economic Zone after tracking the movements of 15 sharks with satellite tags.

Of those 15 sharks, eight were thought to have been illegally fished because the tags showed movements uncharacteristic of grey reef sharks.

The tags traveled thousands of kilometers across the Pacific Ocean at very high speeds, faster than sharks can sustain for long periods of time. A few of the tags even ended up in local ports, according to Bradley.

The researchers calculated that if illegal fishing continued at that rate, a healthy, large shark population could collapse to less than ten percent of its unfished numbers in less than five years.

Even though RMI was one of the first nations to implement policies that protect local shark populations, this recent study shows that very little is being done to enforce protections and prevent illegal fishing.

However, a big part of why enforcement is so minimal is because the RMI and similar remote island territories lack the resources to monitor large shark sanctuaries adequately.

Illegal shark fishing is not without its risks, but the researchers say that the high value of sharks on the black market and in commercial fishing markets is enough to drive people to disregard any risks or consequences should they be caught.

According to the researchers, it’s easy for illegal fishing activities to go unnoticed.

To help remedy this, the researchers propose that shark sanctuaries use cost-effective satellite technology like vessel tracking and automatic identification systems which would track fishing vessels over large areas.

“The ability to ‘see’ all boats in all places in near real-time using satellite tracking technology would provide a means to monitor for compliance with multiple fisheries management goals — be they combating illegal fishing, monitoring transshipments, identifying fishing activity in high bycatch areas and more,” said Bradley.