Sharks might have been used to make your household products • Earth.com 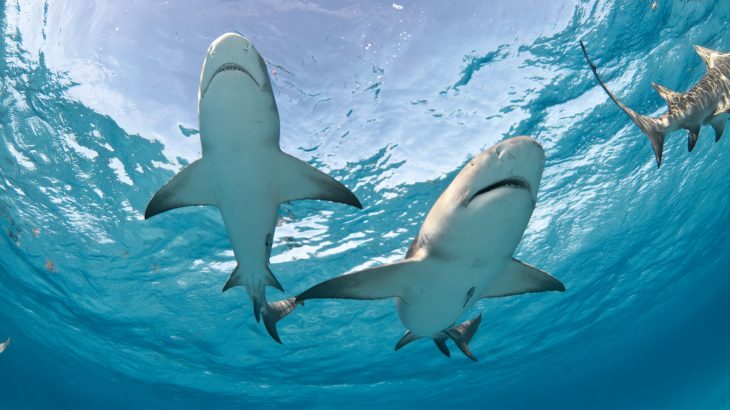 Sharks might have been used to make your household products

As the movement towards organic products grows, more and more people are becoming aware of the ingredients in favorite household products. Yet most people likely have no clue that sharks may have been used to make these products.

Shark populations have plummeted due to the insatiable demand for shark products. An estimated 100 million sharks are fished every year from our oceans.

Sharks are especially vulnerable to overexploitation due to their late maturation and low reproduction rates. The IUCN Shark Specialist Group found that sharks, rays and chimaeras have the lowest percentage of species considered safe when compared to other animal groups. A quarter of shark and ray species are currently threatened with extinction.

While shark finning for shark fin soup appears to be the major driver of population declines, the use of sharks for household products is an often-overlooked factor.

Sharks are used for a wide range of products, from cosmetics to pet food to garden fertilizer, according Shark Water.

Multiple parts of the shark are utilized for household products, such as shark skin for leather and shark cartilage for dietary supplements and alternative medicine. Sharks are even exploited for an oil they produce in their liver which is used in cosmetic and health products.

Sharks use the oil in their livers to control their buoyancy. Therefore, sharks that live in deeper waters often have more oil, resulting in them being disproportionately targeted by fishermen. Squalane, which is derived from shark liver oil, is used as a lubricant and moisturizer in skin care products.

Products containing shark liver oil may list the ingredient as “squalane” or “squalene” making it difficult for the consumer to know if sharks were used in the product. Squalane can also be made from plant-based sources such as olive oil, soybean oil, rice and wheat germ.

Bloom Association, a non-profit focused on preserving the marine environment, conducted a study on the market for shark liver oil and found that an estimated three million deep-sea sharks are caught each year for the oil market. Cosmetics dominate the use of shark liver oil with 90% of shark liver oil being used in the cosmetics industry.

While some fishermen may extract shark liver oil as an afterthought when hunting sharks for their fins, some conservationists warn that fishermen specifically target sharks for their oil due to its high commercial value. In the process of “livering”, fishermen remove the liver from the shark and discard the carcass back into the ocean, similar to shark “finning”.

Multiple species of sharks are traded internationally for their liver oil including species currently listed as “endangered”.

Although many consumers are unaware of this issue, the cosmetic industry is moving away from shark liver oil and towards plant-based sources. Back in 2008, household goods giant Unilever ended their use of shark liver oil.

Although the production of shark liver oil seems to be waning, consumers should still be aware that their household products might be a little more fishy than they thought.