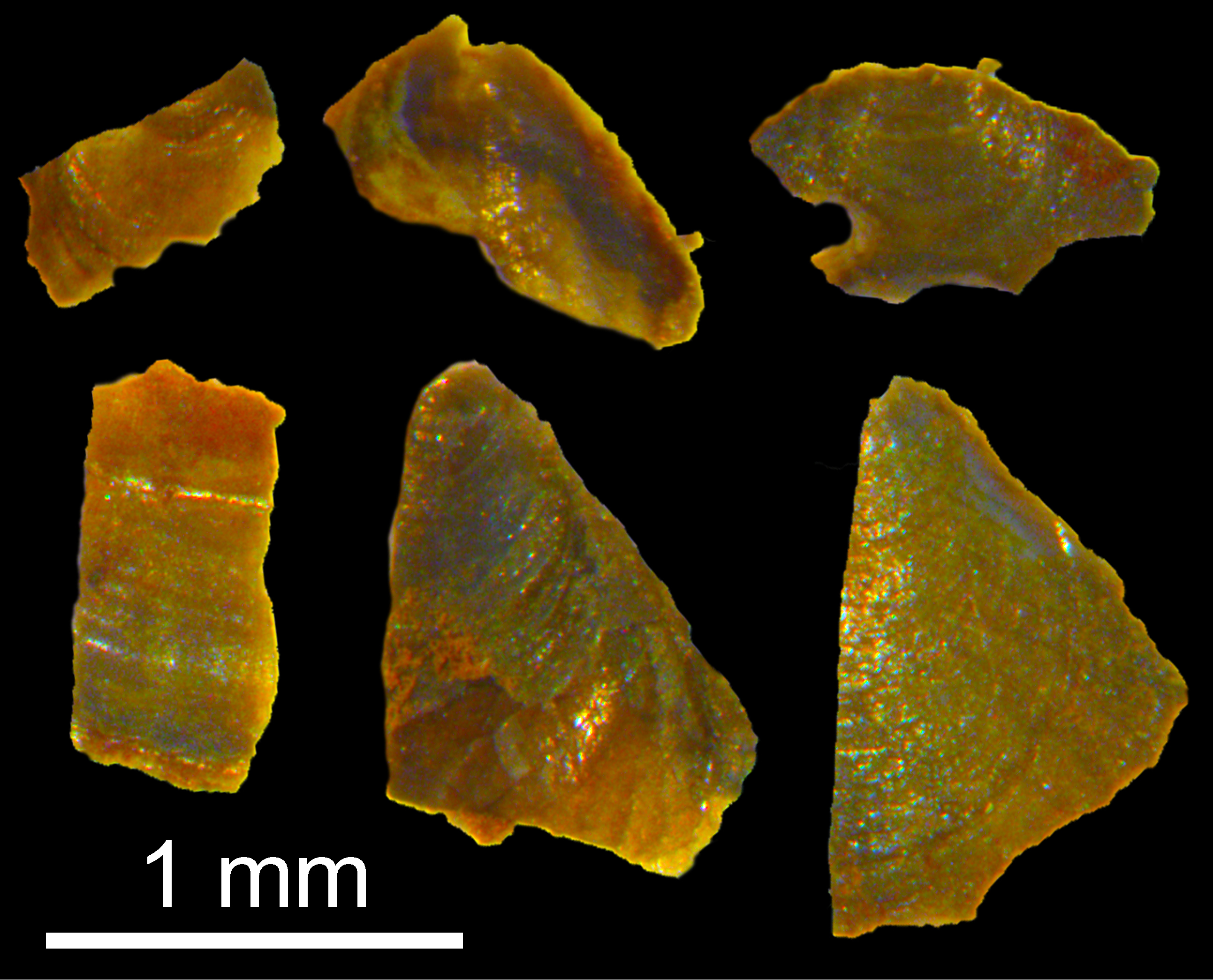 An international team of researchers led by the University of Leicester has used the chemical analysis of tiny fossil shells to gain insight into the Earth’s climate over half a billion years ago. The results of the study indicate that animals of this time diversified under atmospheric conditions that were similar to when the dinosaurs lived.

“Many marine animals incorporate chemical traces of seawater into their shells as they grow,” said study co-author Dr.Tom Harvey. “That chemical signature is often lost over geological time, so it’s remarkable that we can identify it in such ancient fossils.”

During the Cambrian explosion around 541 million years ago, most of the major animal groups first emerged. It has been assumed that it was warm during the Cambrian Period due to the types of rock deposited at this time, but details of the climate have been relatively unknown.

The fossil record documented in the one-millimeter shells, which were found in limestone dating back around 515 million years, revealed that high latitude sea temperatures were in excess of 20 degrees Celsius. This is similar to the greenhouse climate of the Late Cretaceous Period.

“Because scientists cannot directly measure sea temperatures from half a billion years ago, they have to use proxy data – these are measurable quantities that respond in a predictable way to changing climate variables like temperature,” explained study co-author Thomas Hearing. “In this study, we used oxygen isotope ratios, which is a commonly used paleothermometer.”

“We then used acid to extract fossils about 1mm long from blocks of limestone from Shropshire, UK, dated to between 515 – 510 million years old. Careful examination of these tiny fossils revealed that some of them have exceptionally well-preserved shell chemistry which has not changed since they grew on the Cambrian sea floor.”

Climate model simulations also supported the finding that Earth’s climate was in a “typical” greenhouse state, with temperatures similar to more recent intervals in Earth’s climate history such as the late Mesozoic and early Cenozoic eras.

The research sheds new light on the early animals of the Cambrian Period and their surrounding environment.

“We hope that this approach can be used by other researchers to build up a clearer picture of ancient climates where conventional climate proxy data are not available,” said Hearing.