There are now six tropical storms spinning at once • Earth.com 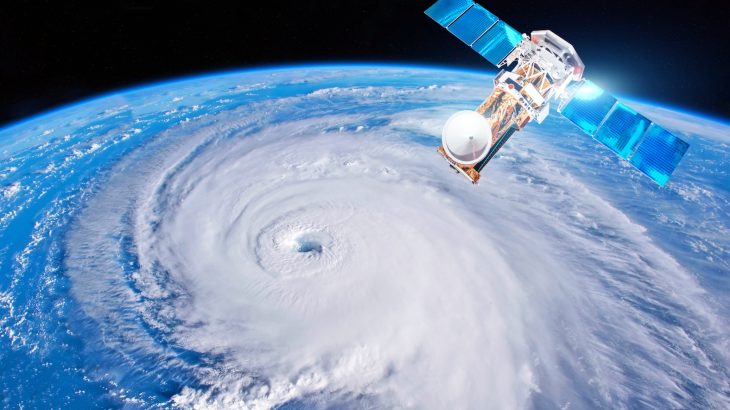 There are now six tropical storms spinning at once

At present, there are a record-breaking six named tropical storms whirling in the Atlantic and Eastern Pacific Basins.

The last time six storms swirled at once in the Atlantic and Pacific was in 1992, according to Eric Blake from the National Hurricane Center.

The National Hurricane Center also reports that there have been as many as five active Atlantic tropical cyclones at once, which happened between September 10th-12th, 1971. However, no more than two of those cyclones were hurricane strength at any one time. 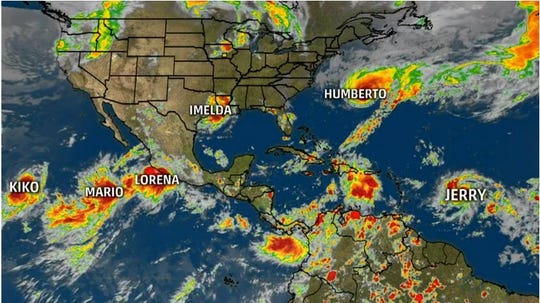 September is peak hurricane month for both the Atlantic and Eastern Pacific Basins. It’s during this time of year that oceans are the warmest and ocean winds that can push tropical storms apart are at their weakest.

Furthermore, a large-scale wave in the atmosphere, known as a “convectively coupled Kelvin wave (CCKW), is also contributing to the active storm period. The CCKW has already made the Atlantic Basin into “a favorable state for tropical development,” according to Michael Ventrice, from The Weather Company, who spoke with Weather.com.

“This is the very same Kelvin wave that passed the Atlantic Basin back in the third week of August, aiding in the genesis of Hurricane Dorian,” Ventrice said. These Kelvin waves can circle the globe several times, he added, stating that it’s stronger passing the Pacific than it was back in early August.

Plus, a phenomenon called the Madden-Julian Oscillation (MJO) is helping tropical development along in the Atlantic Basin, and will remain in the area until early October. Hurricanes in the Carribbean and the Gulf of Mexico are four times more likely to occur when MJO is in a favorable phase, as it is now.