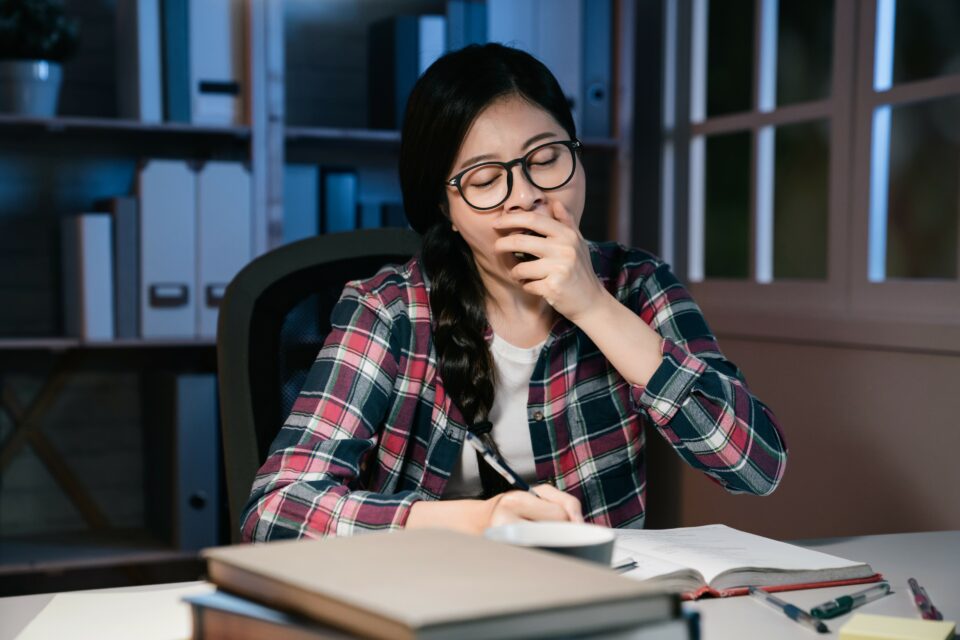 Sleep is vital for people of all ages, and is particularly important for teenagers, who undergo various developmental changes during those years. According to the American Academy of Pediatrics, over 73 percent of high school students are getting much less than the recommended eight to ten hours of sleep per night.

Previous studies have linked sleep deprivation to a higher risk of mental illness, poor academic performance, and behavioral issues. Now, a study led by Bingham Young University (BYU) and conducted at Cincinnati Children’s Hospital Medical Center has found that insufficient sleep can also cause weight gain and other cardiometabolic diseases, because teenagers appear to have unhealthy dietary habits when they sleep less.

By analyzing the sleeping and eating patterns of 93 teens, the researchers found that those who slept less (approximately six and a half hours per night), tended to consume foods high in sugars and carbohydrates, and to drink a higher amount of sugary drinks than teens who slept over nine hours.

“Shortened sleep increases the risk for teens to eat more carbs and added sugars and drink more sugar-sweetened beverages than when they are getting a healthy amount of sleep,” said study lead author Dr. Kara Duraccio, a professor of Clinical and Developmental Psychology at BYU.

“What’s interesting is that getting less sleep didn’t cause teens to eat more than their peers getting healthy sleep; both groups consumed roughly the same amounts of calories of food. But getting less sleep caused teens to eat more junk,” Dr. Duraccio explained. “We suspect that tired teens are looking for quick bursts of energy to keep them going until they can go to bed, so they’re seeking out foods that are high in carbs and added sugars.”

Dr. Duraccio and her colleagues found that teenagers who slept less consumed approximately 12 extra grams of sugar each day. With many teens not getting sufficient sleep during the 180 nights of a usual school year, these figured would add up to the enormous amount of 4.5 pounds of extra sugar per year.

“We know that pediatric obesity is an epidemic, and we’ve focused on a lot of interventions to try and address it, but sleep is not one of the things that researchers tend to focus on. If we are really trying to discover preventive strategies or interventions to increase optimal weight in teens, getting enough and well-timed sleep should be at the forefront of our efforts,” Dr. Duraccio concluded.