Smaller tyrannosaur species was a preview of the massive T. rex • Earth.com 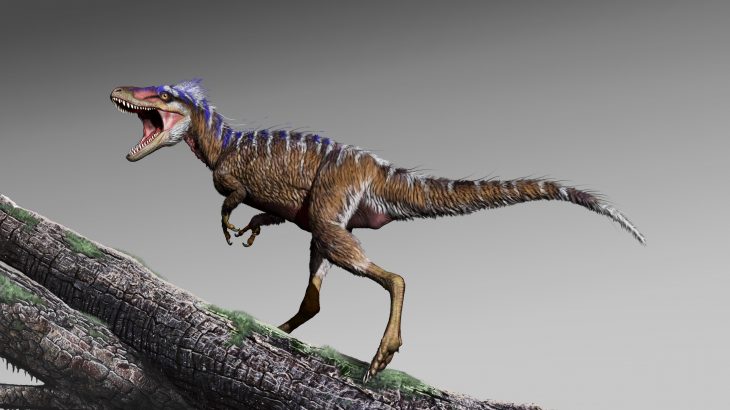 Smaller tyrannosaur species was a preview of the massive T. rex

A newly discovered species is the oldest Cretaceous tyrannosaur species ever found in North America. The small tyrannosaur, Moros intrepidus, narrows a 70-million-year gap in the fossil record and sheds new light on how T. rex took control of the continent.

Moros intrepidus lived about 96 million years ago during the Cretaceous period in what is now Utah. The tyrannosaur was given a name that means “harbinger of doom” for the much larger relative that it foreshadowed.

“With a lethal combination of bone-crunching bite forces, stereoscopic vision, rapid growth rates, and colossal size, tyrant dinosaurs reigned uncontested for 15 million years leading up to the end-Cretaceous extinction – but it wasn’t always that way,” said Zanno. “Early in their evolution, tyrannosaurs hunted in the shadows of archaic lineages such as allosaurs that were already established at the top of the food chain.”

“When and how quickly tyrannosaurs went from wallflower to prom king has been vexing paleontologists for a long time,” said Zanno. “The only way to attack this problem was to get out there and find more data on these rare animals.”

The team spent a decade hunting for dinosaur remains, and ultimately found teeth and a hind limb belonging to Moros intrepidus in rocks from the Late Cretaceous. The individual, which was estimated to have been seven years old and nearly full-grown, was only three or four feet tall at the hip.

“Moros was lightweight and exceptionally fast,” said Zanno. “These adaptations, together with advanced sensory capabilities, are the mark of a formidable predator. It could easily have run down prey, while avoiding confrontation with the top predators of the day.”

“Although the earliest Cretaceous tyrannosaurs were small, their predatory specializations meant that they were primed to take advantage of new opportunities when warming temperatures, rising sea-level and shrinking ranges restructured ecosystems at the beginning of the Late Cretaceous. We now know it took them less than 15 million years to rise to power.”