Smartphones in the classroom are hindering learning, study finds • Earth.com 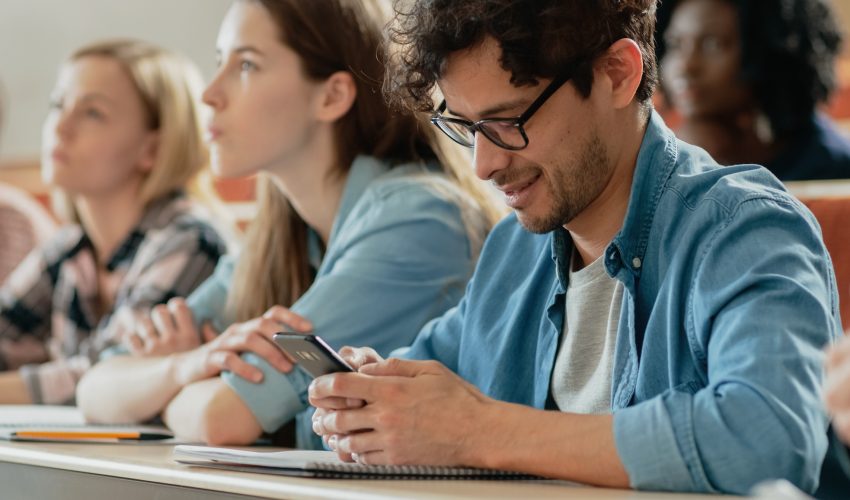 Smartphones in the classroom are hindering learning, study finds

One of the biggest challenges for teachers these days seems to be finding ways to stop kids from using their cell phones during class.

Smartphones and tablets today are littered with endless entertainment, games, and distractions, which can make concentrating on lectures, meetings, notes, and studying extra difficult.

In a new study, researchers from Rutgers University discovered that allowed access to an electronic device in class jeopardizes grades and also damages the group learning environment.

The results, published in the journal Educational Psychology, showed that students who used their smartphones for non-academic purposes had poorer grades on final exams than students who didn’t have any distractions.

Even students who didn’t use a device but were part of classroom environments where devices were permitted performed worse on the exams, showing that smartphones in class aren’t just distracting the user but those in close proximity as well.

The researchers conducted an in-class experiment over the course of one term with 118 cognitive psychology student participants. During half of the lectures, laptops, phones, and tablets were banned, but during the other half of the term, electronics were allowed.

Students in lectures where phones and tablets were allowed were asked to record if the devices were used for non-academic purposes.

Using an electronic device didn’t affect comprehension during the lectures, but the researchers did find that it lowered scores of end-of-term exams by half a grade or more.

The study is the first ever conducted in a real-world classroom environment that shows how distracting electronic devices affects learning and long-term retention.

“These findings should alert the many dedicated students and instructors that dividing attention is having an insidious effect that is impairing their exam performance and final grade,” said Professor Arnold Glass, the study’s lead author. “To help manage the use of devices in the classroom, teachers should explain to students the damaging effect of distractions on retention – not only for themselves but for the whole class.”