Snakebites declared a ‘hidden health crisis’ around the globe • Earth.com 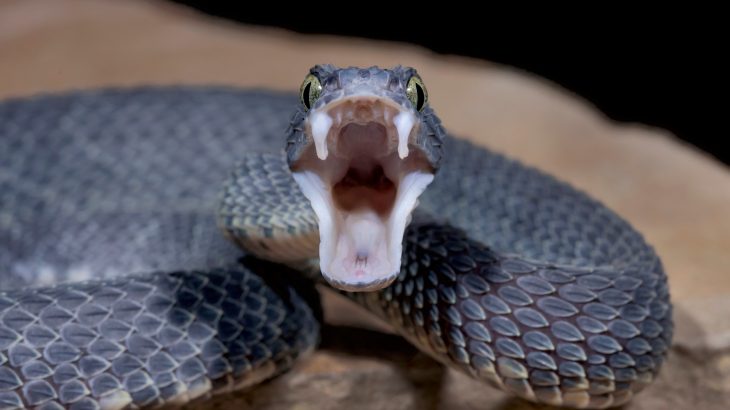 Snakebites declared a ‘hidden health crisis’ around the globe

Snakebites are a major health crisis and a long neglected one. According to the World Health Organization, around 5.4 million people are bitten by snakes each year worldwide, resulting in 81,000 to 138,000 deaths and three times as many amputations.

While treatable, antivenoms rely on archaic 19th-century methods to create treatments that are not always effective or even accessible to tropical and subtropical communities where the burden of snakebite injury and death is highest.

A new initiative will hopefully create some much-needed progress in snakebite treatment research as well as funding.

Snakebites have been declared a “hidden health crisis” prompting the Wellcome Trust to action.

Rural communities in Africa, Asia and South America are most at risk of amputation or death due to snakebites, but very little progress has been made in treating these very treatable injuries.

To create an antivenom, horses are injected with a small dose of snake venom. The horse is unaffected by the toxin but blood taken from the horse is used to create antivenoms for humans, a hardly scientific process with few safety standards.

While there will always be poisonous snakes that pose a risk to people worldwide, the lack of safe and accessible treatment highlights a lack of progress in antivenoms.

“Snakebite is – or should be – a treatable condition. With access to the right antivenom there is a high chance of survival,” said Professor Mike Turner, director of science at Wellcome. “It’s an incredibly challenging issue – there has been almost no investment in snakebite research over the last decade – but it’s also one that is solvable with support from WHO, national governments, industry and other funders.”