Snakes depend on their sex chromosomes for survival • Earth.com 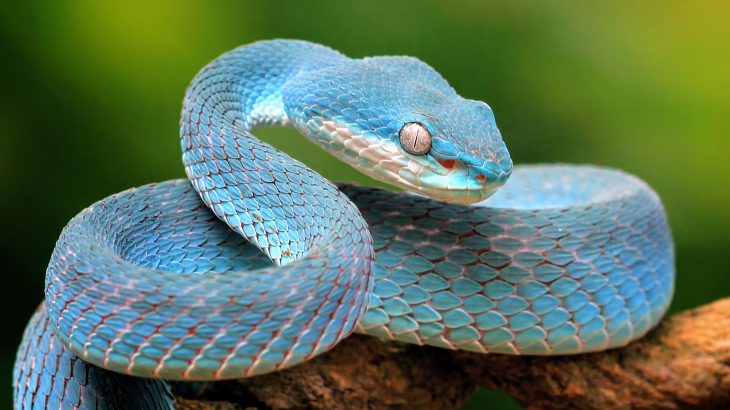 Over the course of evolution, sex chromosomes start out as regular, matching chromosomes. Eventually, one of the chromosomes gains a “switch” that causes an embryo to develop as male or female.

According to Daniel Winston Bellott of the Whitehead Institute for Biomedical Research, it is really easy to make a sex chromosome. “In most cases, you only need to change one or two genes and you’ve started the sex chromosome system.”

In the lab of David Page, Bellott used snakes to study the evolution of sex chromosomes. In particular, he set out to investigate whether certain chromosomes are predisposed to become sex chromosomes

“Snakes have a relatively old system of sex chromosomes, where you have a lot of time for the chromosomes to diverge,” said Bellott. “Time has swept away all the genes that aren’t important, and you can see what kind of genes are left.”

The researchers first gathered a list of “ancestral genes,” which were likely present on the chromosome from which the snake sex chromosomes evolved. Based on sequencing data for several species of animals distantly related to snakes, they identified 1,648 candidates.

Bellott analyzed the genes that are still present on the sex-specific chromosomes of three snake species, including the pygmy rattlesnake, mountain garter snake, and the five-pacer viper. He ultimately found 103 ancestral genes that had persisted for up to 90 million years of evolution on the snakes’ sex chromosomes.

Now that these genes were identified, Bellott wanted to know what these surviving genes had in common that set them apart from the hundreds of genes that were eliminated from the snakes’ sex chromosomes over time.

Surprisingly, the study revealed that the ancestral genes that persisted on the sex chromosomes of snakes had nothing to do with sex determination. The genes were not expressed more often in one sex-specific tissue than the other.

The researchers identified key properties that the ancestral genes have in common. For example, the gene must be dosage sensitive – the snake must produce an exact amount of the protein produced by the gene to prevent illness or even death. In addition, the gene is broadly expressed in different tissues across the body. Essntially, the snake depends on these genes for its ability to survive and produce offspring.

Upon further analysis of the function of these survival genes, Bellott discovered that the equivalent of some of the genes in humans are involved in key developmental processes such as the formation of the face. If these genes were mutated in humans, their faces and other body parts would not develop properly.

“What Winston is seeing here is that the genes that were preserved on the sex specific chromosomes in snakes are disproportionately involved in birth defects in people,” said Page. “We think that nature is selecting for the survival of (sex chromosome) genes whose dosage in certain parts of embryonic development is especially critical.”

Bellott explained that in time, this may allow scientists to predict genes whose role in developmental disorders is yet to be discovered.

“In some sense, you get to the place where you’re starting to work the experiment backwards in your mind, and say, ‘Let’s take the set of genes that are on sex specific chromosomes in snakes and birds, but that have not yet been implicated in birth defects in humans,'” said Page. “They might be prime candidates to be responsible for heretofore unexplained birth defects.”

The team compared ancestral genes across the three species of snakes and 38 species of birds and mammals. For the most part, the surviving sex chromosome genes in birds and mammals had different functions than those in snakes, but still had little to do with sex determination.

“Adding the snakes in with the birds and the mammals gave Winston enough data points to be able to see further and to see more precisely, and now for the first time, he was able to confirm something that we had been suspecting for a long time but really didn’t have sufficient data to pin down,” said Page. “And that is that the chromosomes that became sex chromosomes were not sort of inclined to function in sex differences. Before they got picked out of the crowd, they weren’t specialized towards differentiating between the sexes in much of any way.”

“I hope people will pick up on this idea that the chromosomes that became sex chromosomes weren’t in any way preordained. They were just ordinary chromosomes out for a walk in the park, and something happened.”

Going forward, the experts plan to broaden their research to include other animals, with an ultimate goal of understanding our own sex chromosomes.

“We take these results, and we turn them into a lens through which we look at sex differences in health and disease in our own species,” said Page. “This research really refines our ideas about what it means to be a gene on the human X or Y chromosome, and how we should think about those genes that survive.”

“Winston’s study is absolutely foundational to our understanding of what the sex chromosomes are, how the two sexes come to be, and how health and disease traits play out similarly or differently in males and females.”