How snakes move in a straight line • Earth.com 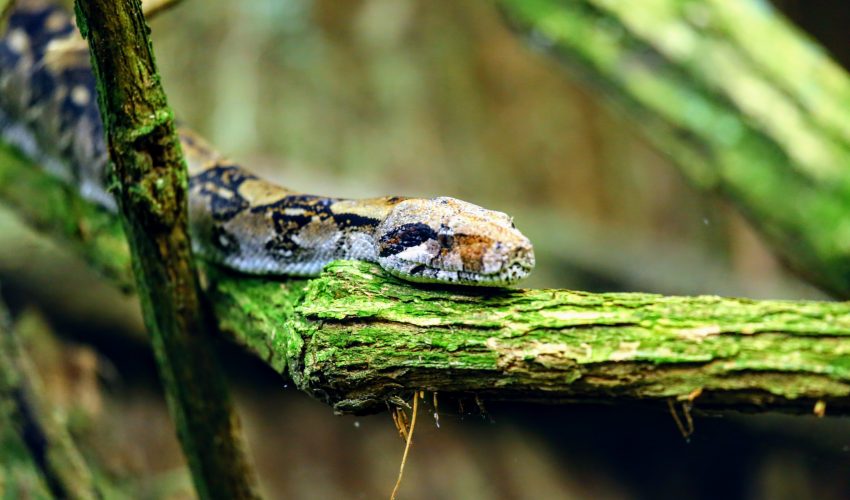 How snakes move in a straight line

Snakes are famous for their signature slither, but did you know they can also move in a straight line?

A recent study, led by Bruce Jayne of the University of Cincinnati and published in the Journal of Experimental Biology, has shed new light on this little-known type of movement in snakes.

Rectilinear movement allows snakes to maneuver through tight, narrow spaces by propelling themselves forward like a train, and according to Jayne, it could have exciting implications in the field of robotics.

Snakes were first observed moving in a straight line in 1950, but little examination of the mechanics of that movement has been done since.

For his research, Jayne and co-author, Steven Newman, used high-definition digital cameras while filming boa constrictors and recorded the electrical impulses generated by different muscles in the snake.

The researchers were able to track and monitor the mechanics of how the boa constrictor moved and the coordination between the muscles, skin, and body of the snake.

The results showed that when the boa constrictor moved forward, its belly skin flexed more than the skin over its ribcage and back. The scales on the underside of the snake provided traction so the muscles could propel forward..

The movement is fast, fluid and seamless, the study said.

Jayne and Newman are excited about the impact their study could have on robotics, as being able to move in tight spaces would be advantageous to robotics engineers tasked with creating models that can work in long, narrow pipelines or aid in search and rescue efforts.