Being socially active at 60 reduces the risk of dementia later on • Earth.com 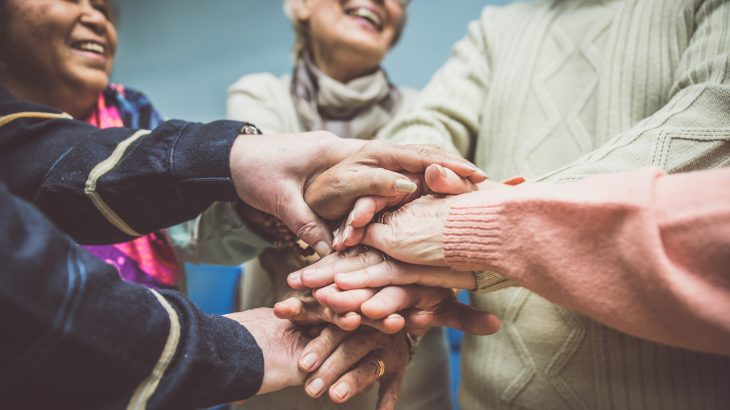 According to research from University College London, individuals in their 50s and 60s who are more socially active have a reduced risk of developing dementia later in life. More than three decades of observations have produced the strongest evidence to date that social contact plays an important role in preventing cognitive impairment.

“Dementia is a major global health challenge, with one million people expected to have dementia in the UK by 2021, but we also know that one in three cases are potentially preventable,” said study lead author Dr. Andrew Sommerlad.

“Here we’ve found that social contact, in middle age and late life, appears to lower the risk of dementia. This finding could feed into strategies to reduce everyone’s risk of developing dementia, adding yet another reason to promote connected communities and find ways to reduce isolation and loneliness.”

The investigation was focused on data from the Whitehall II study, which tracked more than 10,ooo participants between 1985 and 2013. On six different occasions, the participants reported on the frequency of social contact with friends and relatives.

The same individuals also completed cognitive testing from 1997 on, and the researchers accessed their electronic health records through 2017 to determine which of the participants had been diagnosed with dementia.

The team analyzed how social contact at age 50, 60, and 70 may correlate with the later incidence of dementia. The study revealed that increased social contact at age 60 is associated with a significantly lower risk of developing dementia later in life. For example, an individual who interacted with friends almost daily at age 60 was 12 percent less likely to develop dementia than an individual who only interacted with friends every few months.

Similarly strong associations were identified at ages 50 and 70, but those associations were not statistically significant. Regardless, the researchers said that social contact at any age may reduce the risk of dementia.

“People who are socially engaged are exercising cognitive skills such as memory and language, which may help them to develop cognitive reserve – while it may not stop their brains from changing, cognitive reserve could help people cope better with the effects of age and delay any symptoms of dementia,” said senior author Professor Gill Livingston.

“Spending more time with friends could also be good for mental wellbeing, and may correlate with being physically active, both of which can also reduce the risk of developing dementia.”