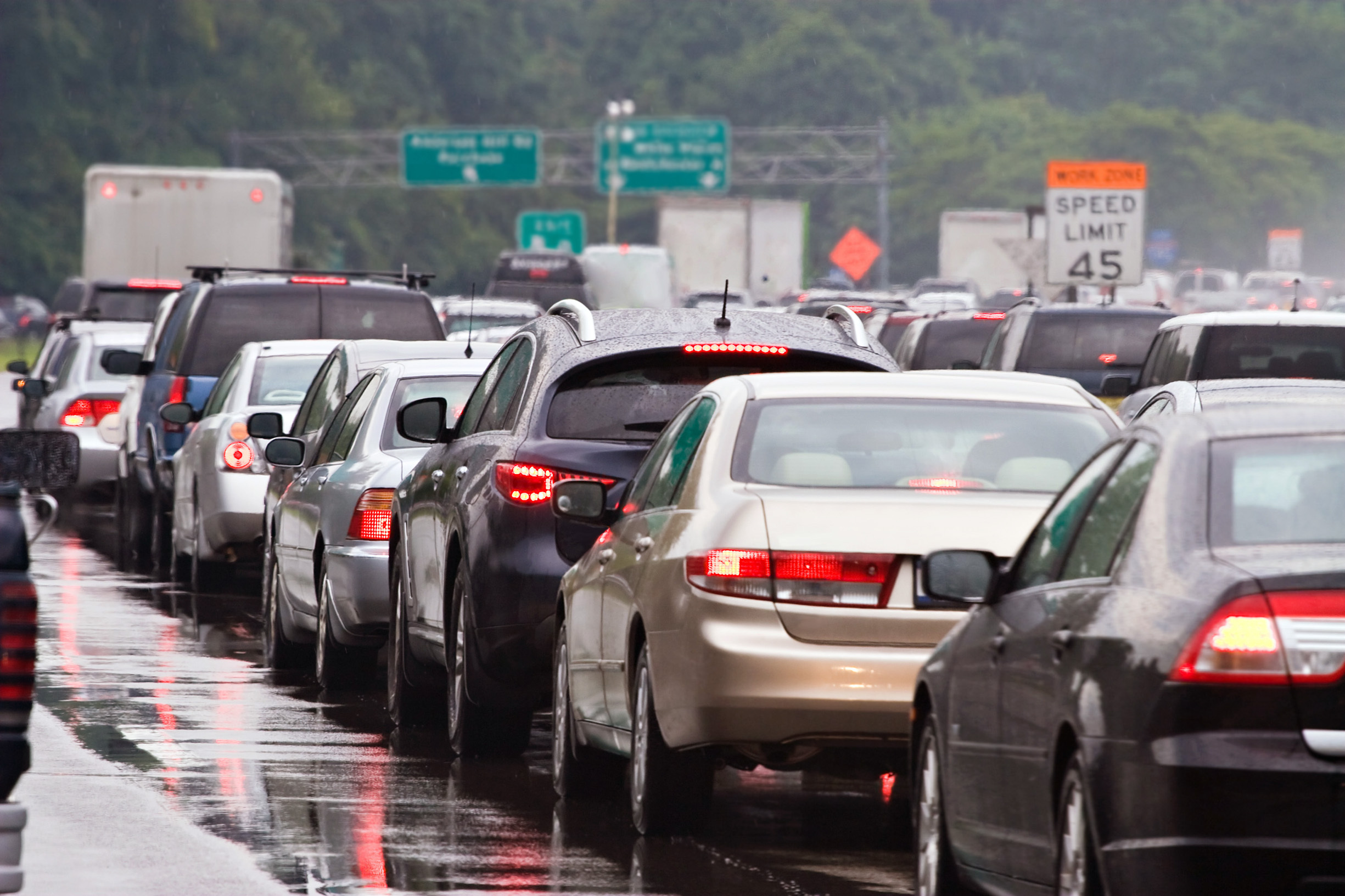 Traffic jams in major cities can be brutal. In one extreme case in 2010, a 62-mile traffic jam in Beijing lasted a grueling 12 whole days.

Too many cars, not enough road, construction, accidents, and inclement weather all contribute traffic congestion, leading to an uptick in road rage and angry driving.

However, a new study suggests that traffic jams could be solved with a simple change in how drivers and car sensors perceive the other cars around them.

The study, conducted by researchers from the Massachusetts Institute of Technology, shows that traffic congestion can be solved if all drivers adhered to one new rule: no more tailgating or driving as close as you can to the person in front of you.

The researchers found that keeping an equal distance between cars, both front and back, would drastically reduce congestion and speed up commutes.

This method is called bilateral control and was first introduced by MIT professor Berthold Horn in 2013. In this most recent study, Horn examined not just the cars and drivers themselves, but entire highway systems and traffic patterns.

For Horn, the answer is simple. Car manufacturers need to outfit cars with electronic sensors that monitor cruise control to keep equal distances to cars on the road. This would be far easier than trying to change the driver’s deeply ingrained habits.

“We humans tend to view the world regarding what’s ahead of us, both literally and conceptually, so it might seem counter-intuitive to look backwards,” said Horn. “But driving like this could have a dramatic effect in reducing travel time and fuel consumption without having to build more roads or make other changes to infrastructure.”

Building cars with cruise control sensors in both the front and back of the car would easily make tailgating a thing of the past, even if only a small percent of all cars had such systems installed.

Horn and his colleagues examined the patterns of starling birds as they move in tandem, or as it’s called a murmuration. Thousands of starlings can come together in a flock and their flight patterns are mesmerizing.

These murmurations are only possible because each bird is connected, fully aware of the birds around it so that when one bird moves, everyone moves.

Horn suggests outfitting cars with front and rear cruise control so that they are similarly connected to other cars on the road.

“Birds have been doing this for centuries,” said Horn. “To program this behavior, you’d want to look at the birds all around you and not just the ones in front of you.”

Horn, with funding from Toyota, plans to conduct future studies that include simulations to see if the bilateral control method is both safer and faster for drivers.