Some ocean mammals are recovering, others are not • Earth.com 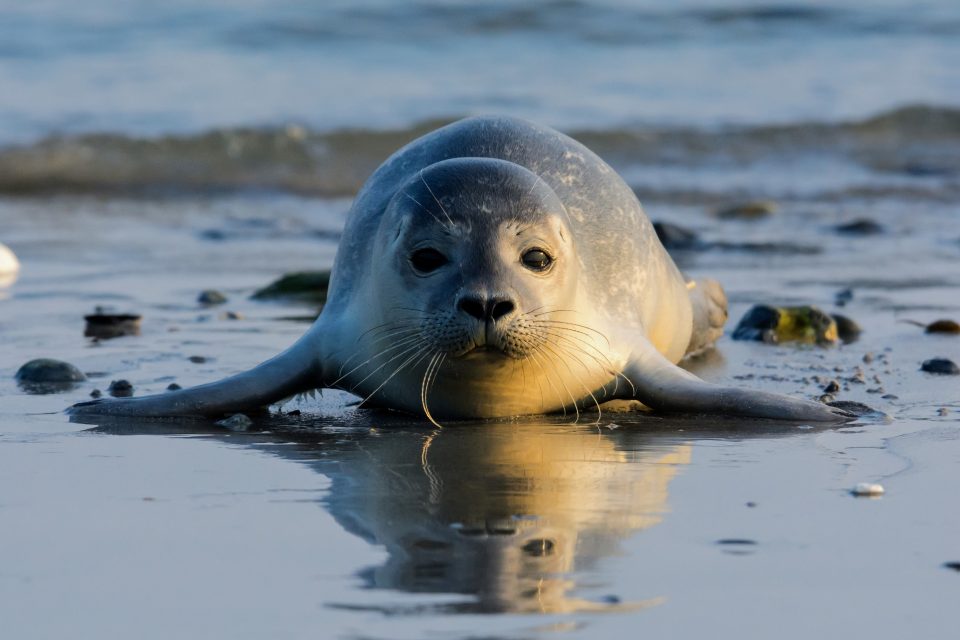 Some ocean mammals are recovering, others are not

In a new study from the University of Exeter, researchers report that ocean mammals have reached a crucial crossroads where some are at risk of extinction while others are showing signs of recovery.

The experts analyzed the status of the world’s 126 marine mammal species, including whales, dolphins, seals, sea otters and polar bears. The researchers determined that the biggest threats to the survival of these ocean animals are pollution, climate change, and accidental capture by fisheries.

The study shows that 25 percent of ocean mammal species are now classified as being vulnerable, endangered, or critically endangered on the IUCN Red List. The North Atlantic right whale and the near-extinct vaquita porpoise are among those in the greatest danger.

Populations of other ocean mammals, such as the northern elephant seal, humpback whale, and the Guadalupe fur seal, have managed to recover as a result of conservation efforts.

The international research team, which included scientists from more than 30 institutions in 13 countries, has pointed out conservation measures and research techniques that could protect marine mammals into the future.

“We have reached a critical point in terms of marine mammal conservation,” said lead author Dr. Sarah Nelms. “Very few marine mammal species have been driven to extinction in modern times, but human activities are putting many of them under increasing pressure.”

“Our paper examines a range of conservation measures – including Marine Protected Areas (MPAs), bycatch reduction methods and community engagement – as well as highlighting some of the species that are in urgent need of focus.”

According to the researchers, 21 percent of marine mammal species are listed as “data deficient” on the IUCN Red List. This means that there is not enough evidence available to assess their conservation status. The lack of knowledge makes it difficult to identify which species are in need of protection.

“To continue conservation successes and reverse the downward trend in at-risk species, we need to understand the threats they face and the conservation measures that could help,” said Professor Brendan Godley, who leads the Exeter Marine research group.

“Technology such as drone and satellite imaging, electronic tags and molecular techniques are among the tools that will help us do this.”

“Additionally, sharing best practice will empower us – and this is why we are so proud to be part of such a large and international group for this project.”