Some salamanders use skydiving postures to parachute out of trees • Earth.com 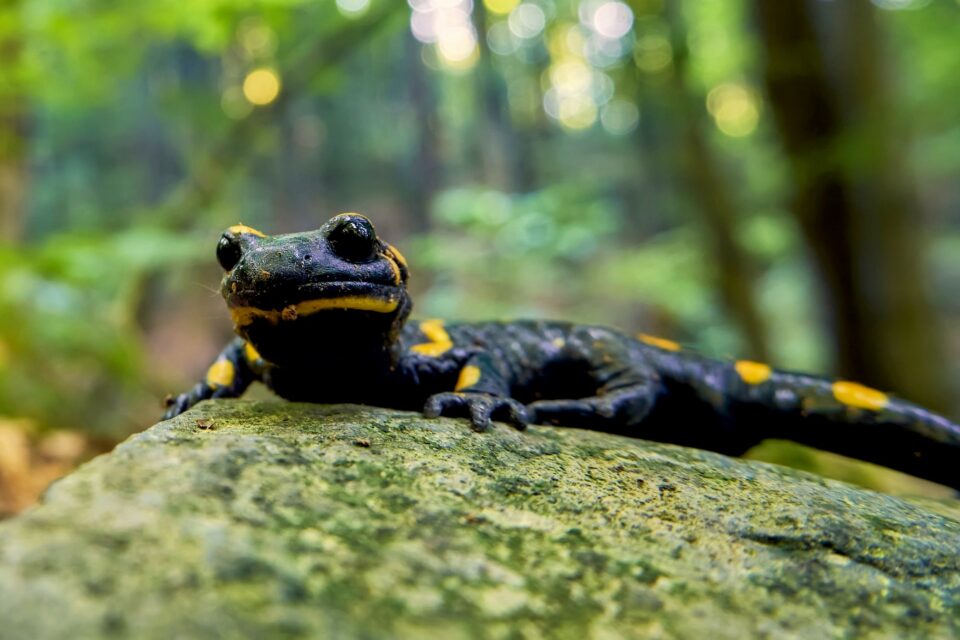 Wandering salamanders can parachute and glide from some of the world’s tallest trees. According to a new study published by Cell Press, the salamanders manage to do this by using postures much like those used by skydivers to slow and control their fall.

“Although hundreds of species of lungless salamanders are known to climb, aerial behavior had not been described,” said study lead author Christian Brown, a doctoral candidate at the University of South Florida.

“Our investigation of aerial behavior revealed that highly arboreal species of salamanders, especially the wandering salamander (Aneides vagrans), reliably engage in parachuting and gliding to slow and direct their descent.”

Brown said that since the first time he read about wandering salamanders in National Geographic magazine, he could never stop thinking about them. Years later, he found that the amphibians would jump from his hand before quickly assuming skydiving postures. Brown set out to investigate whether this behavior takes place in nature.

Using a series of wind-tunnel experiments, the researchers observed that salamanders parachuted consistently, and were able to slow their vertical speed by up to 10 percent while falling. About half of the time, the animals also used their tail and torso when gliding at non-vertical angles.

“To observe salamanders, which are generally associated with ponds and streams, in the air is a bit unexpected in and of itself,” said Brown. “Most surprising to us was the exquisite level of control that the more arboreal salamanders had in the vertical wind tunnel. Wandering salamanders were especially adept and seemed to instinctively deploy skydiving postures upon first contact with the airstream.”

“These salamanders were not only able to slow themselves down, but also used fine-scale control in pitch, roll, and yaw to maintain upright body postures, execute banking turns, and glide horizontally. This level of aerial control was unexpected because these salamanders do not seem to possess conspicuous features for aerial control.”

Brown said what he finds most noteworthy is that the salamanders, and presumably other animals, don’t necessarily need flashy control surfaces such as webbing or skin flaps to parachute and glide. He wonders what other animals might have hidden skydiving abilities.

“Scientists have barely scratched the surface in studying the redwood canopy ecosystem and the unique fauna it has shaped through evolutionary time,” said Brown. “With the climate changing at an unprecedented rate, it is vitally important that we collect more data on animals like wandering salamanders so we may better understand, protect, and preserve this delicate ecosystem.”