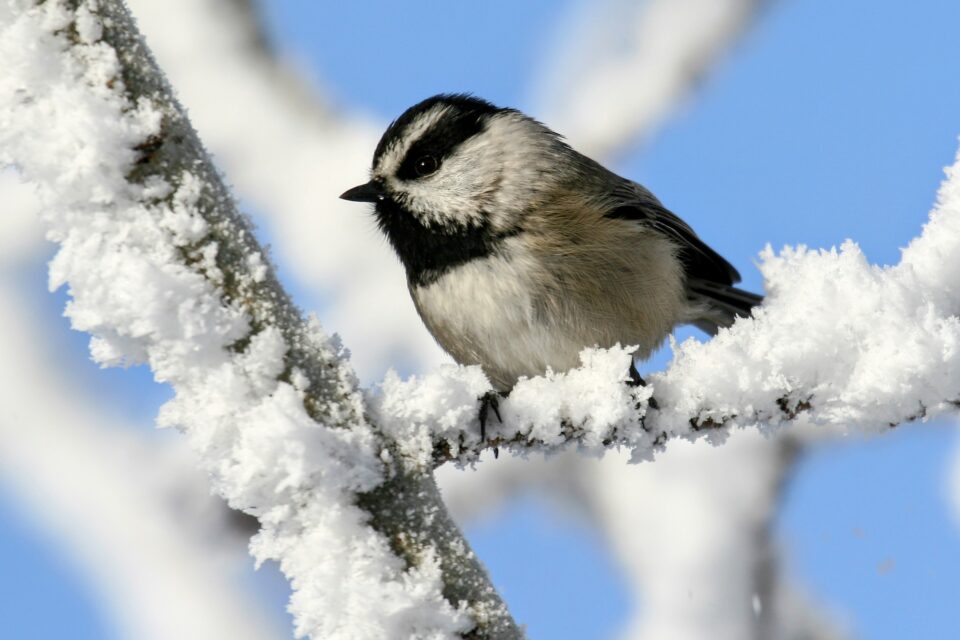 Songbirds are crossbreeding in human-altered landscapes

A new study led by the University of Colorado Boulder has found that hybrids of two common North American songbirds – the black-capped and mountain chickadee – are more likely to be found in areas where humans have altered the landscape in some ways. This is the first study to positively correlate hybridization in any animal species with anthropogenic landscape changes and to examine this relationship across the entire range of a species – in this case, almost all of western North America.

The findings also contradict the widespread assumption that these two bird species rarely hybridize. In fact, black-capped and mountain chickadee hybrids seem to occur frequently across the U.S. and Canada.

“These are common birds. If you go anywhere in North America, you’ll find a chickadee,” said study lead author Kathryn Grabenstein, a postdoctoral fellow in Ecology and Evolutionary Biology at CU Boulder. “And what we’re finding now is that if you see a chickadee in a place where both black-capped and mountain chickadees live, they’re probably at least a little bit of a hybrid chickadee.”

Scientists have long known that climate change, for instance, shifts the range of various species, bring them into contact with other species they would not usually interact with, and thus leading to hybridization. In this study, the researchers explored another important phenomenon: how human “disturbances” – such as building cities, clearing land, planting trees, or creating noise pollution – can affect the interactions between two related species whose ranges already overlap.

“What are the consequences of the ways we modify the landscape? We think about it mostly in terms of habitat loss, not necessarily in terms of species interaction modifications,” said study co-author Scott Taylor, an associate professor of Ecology and Evolutionary Biology at CU Boulder. “This paper changes our understanding of this system incredibly.”

By comparing observational data from eBird (an online database of bird observations) and DNA samples from 196 black-capped and 213 mountain chickadees at 81 sites in North America, the scientists discovered a positive, significant correlation between hybrids of these two species and regions where humans have disturbed their habitats.

“It’s hard to say whether this hybridization is good or bad, but it’s happening, and we will only understand the impacts through continued study. It is certainly something to consider when thinking about the future of some of these birds that we’re really familiar with in our backyards,” Taylor concluded.