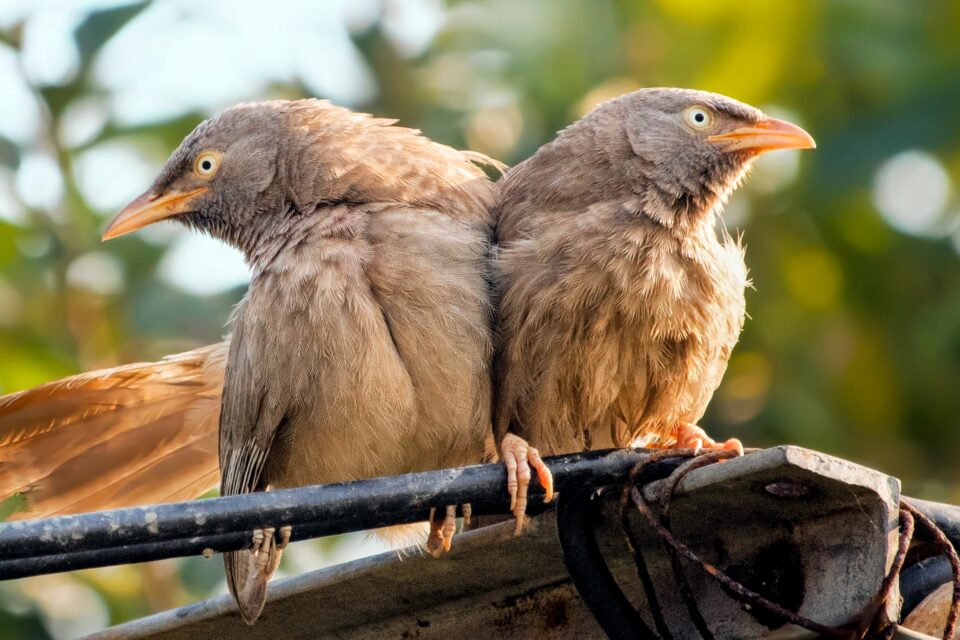 New research conducted by Jaime Cornelius, an ecophysiologist at the Oregon State University, has revealed that songbirds learning from nearby birds that food supplies may be growing short respond by changing their physiognomy and behavior.

After receiving information from neighboring birds which were food-restricted for three days, red crossbills (Loxia curvirostra) – a nomadic member of the finch family found throughout Europe and North America that migrates based on food availability – raised their pace of consumption, increased their gut mass, and maintained the size of the muscles responsible for flight when their own eating opportunities were limited to two short feeding periods each day.

“This is an entirely new form of physiological plasticity in birds and builds on prior work showing that social cues during stress can actually change how the brain processes stressors,” said Professor Cornelius.

“Animals have all kinds of strategies for dealing with challenging environments, ranging from seasonal avoidance strategies like hibernation or migration to behaviors like caching or altered foraging activity,” she added. “Physiological adjustments in metabolic rate, digestive capacity, and energy reserves can sometimes accompany behavioral changes, but those things can take time to execute. That means unpredictable environmental conditions are particularly challenging for many animals.”

In earlier research, Professor Cornelius has shown that red crossbills with food-restricted neighbors will secrete higher levels of the stress hormone corticosterone during their own food-deprived periods, while also undergoing brain activity changes preparing them to respond more strongly to the challenges. In the current study – involving crossbills in captivity – some of the birds (called by Cornelius “the social predictive focal group”) received three days of social information from food-deprived birds prior to their own period of food limitation, while others (“the social parallel focal group”) received similar information at the same time as their own food deprivation.

“The birds did better at maintaining body mass during food restriction if the social information was predictive of the decline in food resources. Social information is important to animals in many different contexts, and this study demonstrates a novel benefit: advance warning about declining food can lead to better outcomes during times of scarcity,” Professor Cornelius concluded.