A single gene controls whether sorghum seeds will taste appealing to birds • Earth.com 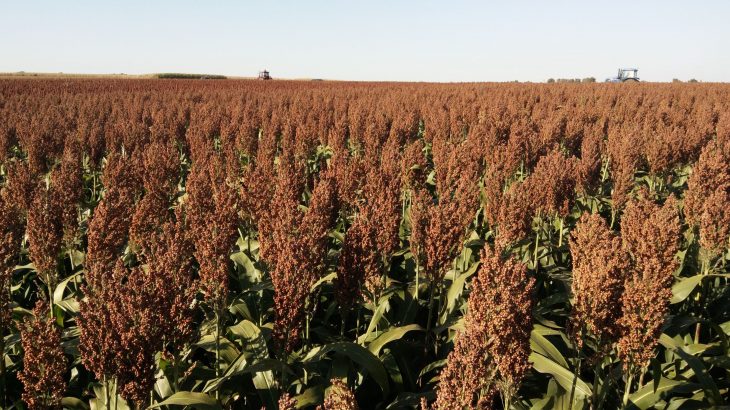 In a new study, researchers have identified a single gene in sorghum that controls bird feeding behavior by regulating the production of bad-tasting and appealing substances. The findings may ultimately lead to the development of new control strategies to protect major cereal crops.

“Beyond illustrating an example of how a field observation led to characterization of an ecologically impactful molecular mechanism, our study reveals new insights about the chemistry of bird-plant ecological interactions and suggests multiple strategies for developing new chemical- and genetic-based control measures to prevent the catastrophic yield losses caused by birds each year.”

There is currently a lack of effective control measures to protect field crops from bird damage. For example, anti-bird netting may be efficient, but also requires large investments and can be harmful to birds.

Cereal crops are damaged when birds peck the seeds and suck the juice of immature seeds. This prevents many grains from fully developing, which promotes mildews and other plant diseases. 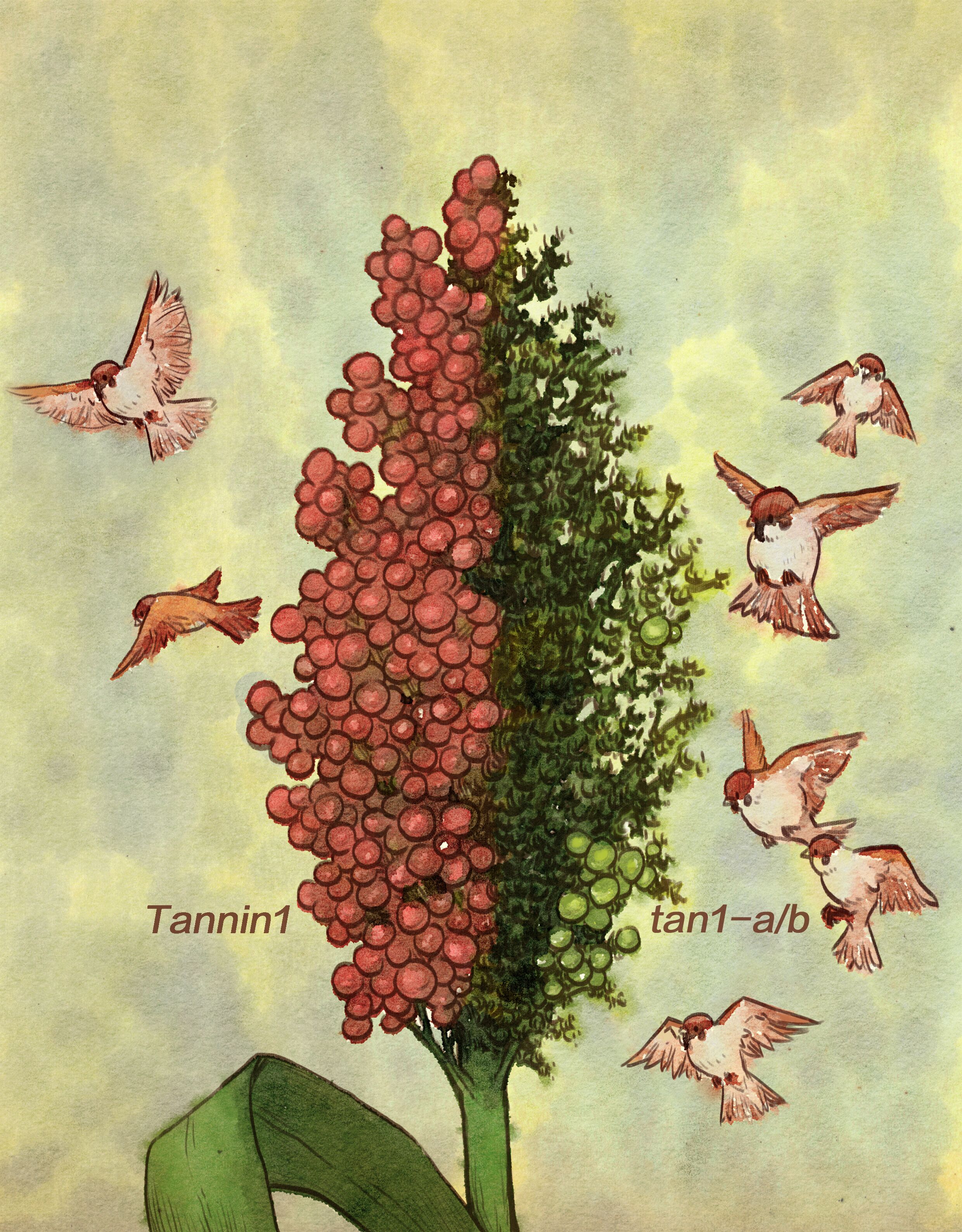 The cereal crops that are the most vulnerable to bird damage include wheat, barley, rice, sorghum, and millet. Sorghum alone provides a steady source of nutrition for more than 500 million people worldwide and is also an important source of biofuels.

Sorghum yield losses caused by birds have been reported to reach as high as 52 percent. While there is evidence to suggest that bird taste preferences depend on various properties of sorghum, the underlying molecular mechanism has not been clear.

By conducting a genome-wide association study, the researchers discovered that the gene Tannin1 directly regulates bird feeding behavior. The sorghum strains that are not appealing to birds were found to contain the wild-type version of Tannin1, but the bird-preferred strains have a mutated version of the gene.

Mass spectrometry revealed that seeds harvested from the preferred sorghum strains had reduced levels of anthocyanins and proanthocyanidins, also known as condensed tannins. At the same time, these seeds had higher levels of 9 out of the 23 detected volatile organic compounds, which are known to attract pollinators and seed dispersers.

Through feeding experiments, the researchers found that sparrows preferred to eat untreated seeds compared to seeds soaked in solutions containing anthocyanins, proanthocyanidins, or tannic acid. Both condensed tannins and tannic acid are polyphenols that have slightly acidic or bitter properties that likely interfere with the taste and digestibility of the seeds.

On the other hand, the birds were more attracted to seeds soaked in volatiles called 1-Octen-3-ol or hexanal. The findings suggest that the regulatory impacts of Tannin1 on multiple pathways of plant polyphenol and fatty-acid metabolism determine whether a given sorghum strain will be targeted by birds.

“Our discovery that Tannin1 has an enormous impact on the feeding preferences of birds will almost certainly guide molecular marker-assisted selection efforts in crop-improvement programs seeking to limit or prevent bird damage to agricultural production systems,” said Xie.

“Moreover, our insights about which compounds attract birds and which compounds are distasteful to birds suggest a variety of novel control measures that could be undertaken to prevent yield losses. For example, we could chemically or genetically block the activities of enzymes in attractant volatile biosynthesis or program the condensed tannin content or use tannic acid or condensed tannins as safe, green pesticides to protect crop seeds in the field.”