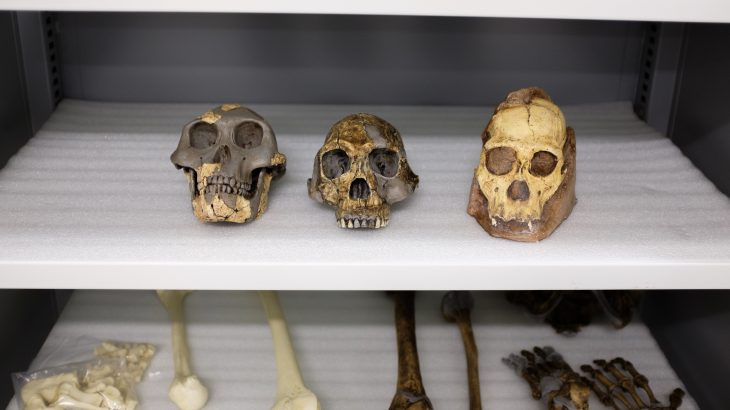 Study: South African fossil species were not ancestors of humans

A new study from the University of Chicago Medical Center has re-examined two-million-year-old, apelike fossils from South Africa that belong to the group Australopithecus sediba. The analysis of the fossil data has revealed that the species is not likely a direct ancestor of modern-day humans.

The paleontologists have concluded that Australopithecus afarensis, represented by the famous “Lucy” skeleton, is still the most likely ancestor to the genus Homo.

The first A. sediba fossils were found near Johannesburg in 2008. Since then, hundreds of fragments of the species have been discovered that all date back to roughly two million years ago.

The oldest known Homo fossil, the jawbone of an unnamed species found in Ethiopia, predates A. sediba by 800,000 years. Despite this discrepancy, the researchers who discovered A. sediba claimed that it is an ancestral species to Homo. According to the new analysis, however, this connection is unlikely.

“It is definitely possible for an ancestor’s fossil to postdate a descendant’s by a large amount of time,” explained study lead author Dr. Andrew Du. “We thought we would take it one step further to ask how likely it is to happen, and our models show that the probability is next to zero.”

In collaboration with Dr. Zeray Alemseged, Dr. Du determined that Australopithecus afarensis is a better candidate for the direct ancestor of Homo. For example, A. afarensis fossils have been dated up to three million years old, which is very close to the age of the 2.8- million-year-old Homo jaw. The jaw’s features also resemble those of A. afarensis closely enough that one could make the case it was a direct descendant.

“Given the timing, geography and morphology, these three pieces of evidence make us think afarensis is a better candidate than sediba,” said Dr. Alemseged. “One can disagree about morphology and the different features of a fossil, but the level of confidence we can put in the mathematical and statistical analyses of the chronological data in this paper makes our argument a very strong one.”