Species in conflict evolve in response to each other • Earth.com 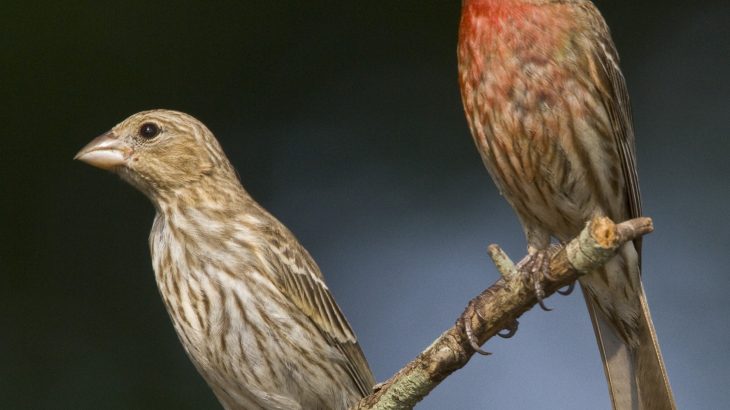 Species in conflict evolve in response to each other

Researchers at the University of Exeter have demonstrated how some species adapt and change in response to conflict with another species, in a process known as “host-pathogen coevolution.” The team found that the bacterial pathogen Mycoplasma gallisepticum evolved to become more potent after North American house finches developed a greater resistance to it.

“Our results show how these competitors respond to each other over time,” said study co-author Dr. Camille Bonneaud. “As the finches evolve better resistance to the pathogen, the pathogen becomes more potent to overcome these defenses.”

“It is widely assumed that animals – including humans – coevolve with their infectious pathogens and become ever more resistant, but in fact most direct evidence for this comes from studies of bacteria and their viral pathogens.”

“In this study we show how a pathogen can shape evolution in a vertebrate and how this has consequences for the pathogen.”

The research was supported by Alabama’s Auburn University and Arizona State University, and was focused on the differences among finch populations in these two states. House finches in Alabama have been exposed to Mycoplasma gallisepticum for over 20 years, while finches in Arizona have not yet been exposed to it.

The study revealed that exposure to the pathogen caused eye swelling in birds from both states, but the Alabama birds had developed some resistance which made them three times less likely to show symptoms that would lead to death in the wild. In addition, as the birds became more resistant, the pathogen evolved to become more virulent.

“The Plague and more recently the pandemic of HIV are sobering reminders of the impacts that emerging infectious diseases can have on us,” said Dr. Bonneaud. “We know that we can see the signature of such impacts on our genome.”

“This study provides a direct demonstration that these outbreaks can shape our evolution and that how we respond will, in turn, shape the evolution of our infectious pathogens.”