Speed of speech can help us predict what someone will say next • Earth.com 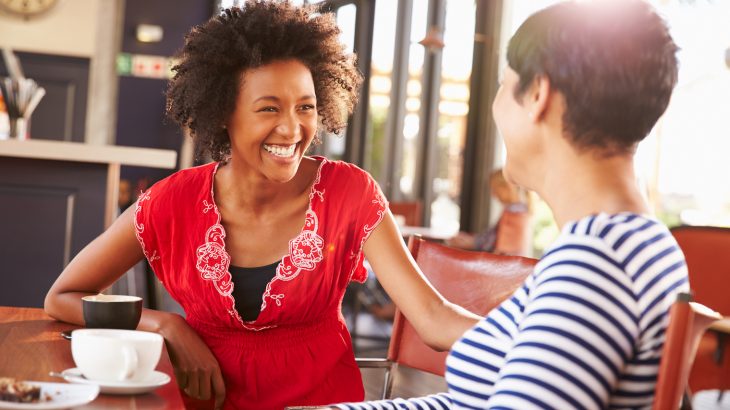 The ability to finish someone else’s sentence isn’t necessarily the mark of two people who are really in sync or who know each other very well, and can actually have to do with the way the brain perceives speech.

Researchers from the Lyon Neuroscience Center examined the way that the brain processes information when someone else is talking and found the speed at which a person talks plays a major role in allowing us to predict what words will come next.

“The findings show neural dynamics predict the timing of future speech items based on past speech rate, and this influences how ongoing words are heard,” said Anne Kösem, the first author of the research paper.

The brain is a prediction machine, and it’s an adaptive skill that may not help us win the lottery or predict major future events, but instead works to decode and process the loads of sensory input we are exposed to on a daily basis. It might also explain why you can predict what someone is going to say next.

“We asked native Dutch participants to listen to Dutch sentences that suddenly changed in speech rates: the beginning of the sentence was either compressed or expanded in duration, leading to a fast or a slow speech rate, while the final three words were consistently presented at the original recorded speech rate,” said Kösem.

The final word of the sentence that the participants heard had a vowel that could either be interpreted as a short “a” or long “aa”, but how it was heard changed its meaning.

The researchers asked the participants what they thought the last word meant and also used magnetoencephalography (MEG) to record the participants’ brain activity while they listened to the sentences.

The team found that the brain syncs up to the initial speed of the sentence and then just continues that pattern even if the sentence changes speeds which is why the participants interpreted the final words of the sentence differently.

“Imagine the brain acting like a bicycle wheel,” said Kösem. “The wheel turns at the speed imposed by pedaling, but it continues rolling for some time after pedaling has stopped because it is dependent on the past pedaling speed.”

Whatever rate of speech we listen to, our brains use that information to predict future syllable length and eventually words and meaning.

“Our findings suggest that the neural tracking of speech dynamics is a predictive mechanism, which directly influences perception,” said Kösem.