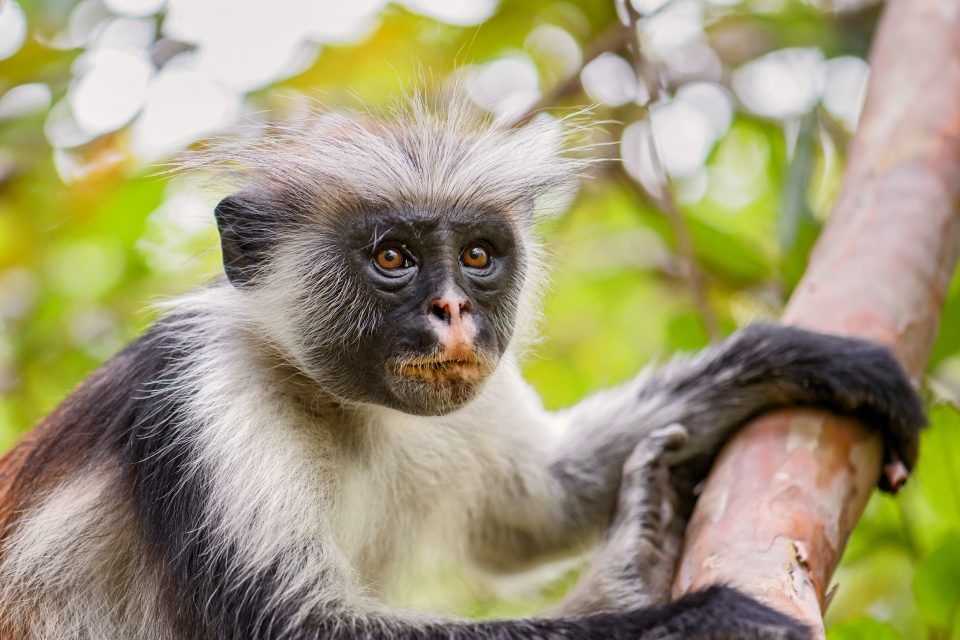 Speedbumps are helping to protect one of Africa’s rarest primates, according to a new study from the Wildlife Conservation Society. The researchers found that there has been a drastic reduction in the number of deaths of red colobus monkeys after four speedbumps were installed along a stretch of road that the animals frequently cross.

Red colobuses are Old World monkeys that are native to the forests of Unguja, the main island of Zanzibar. The monkeys are classified by the IUCN as endangered.

For the study, the researchers assessed mortality from vehicle collisions – an increasing threat to primates living in fragmented habitats.

Around half of the Zanzibar red colobus population can be found in Jozani-Chwaka Bay National Park. Historical data from the road crossing through the park showed that one colobus was killed every two to three weeks by traffic. After speedbumps were installed, this number was reduced to one every six weeks.

“After the road at Jozani was surfaced but before the speedbumps were installed, a colobus was reported to have been killed every two to three weeks, resulting in perhaps about 12-17 percent annual mortality, according to one estimate,” said study lead author Harry Olgun.

“The recent data show that speedbumps have made a huge difference for the safety of the colobus. Adding more speedbumps would help reduce the risk further.”

According to the researchers, despite the great progress, the current mortality rate is still a significant threat to the species.

“Cars are not selective in the animals they kill,” noted study senior author Dr. Alexander Georgiev. “This means that while natural predators may target the very young and old more often, cars are equally likely to kill reproductively active young adults, who would contribute the most to population growth. And this may be a problem,”

Study co-author Dr. Tim Davenport is the director of Species Conservation & Science in Africa at WCS. He led the first countrywide census of the Zanzibar red colobus a few years ago.

“As tourism grows in Zanzibar and habitat continues to shrink, using science to quantify and solve conservation problems has never been so important,” said Dr. Davenport. “Understanding the impact of vehicles on wildlife within a park, and implementing practical solutions is exactly what we as conservationists should be doing.”

The study is published in Oryx – The International Journal of Conservation.