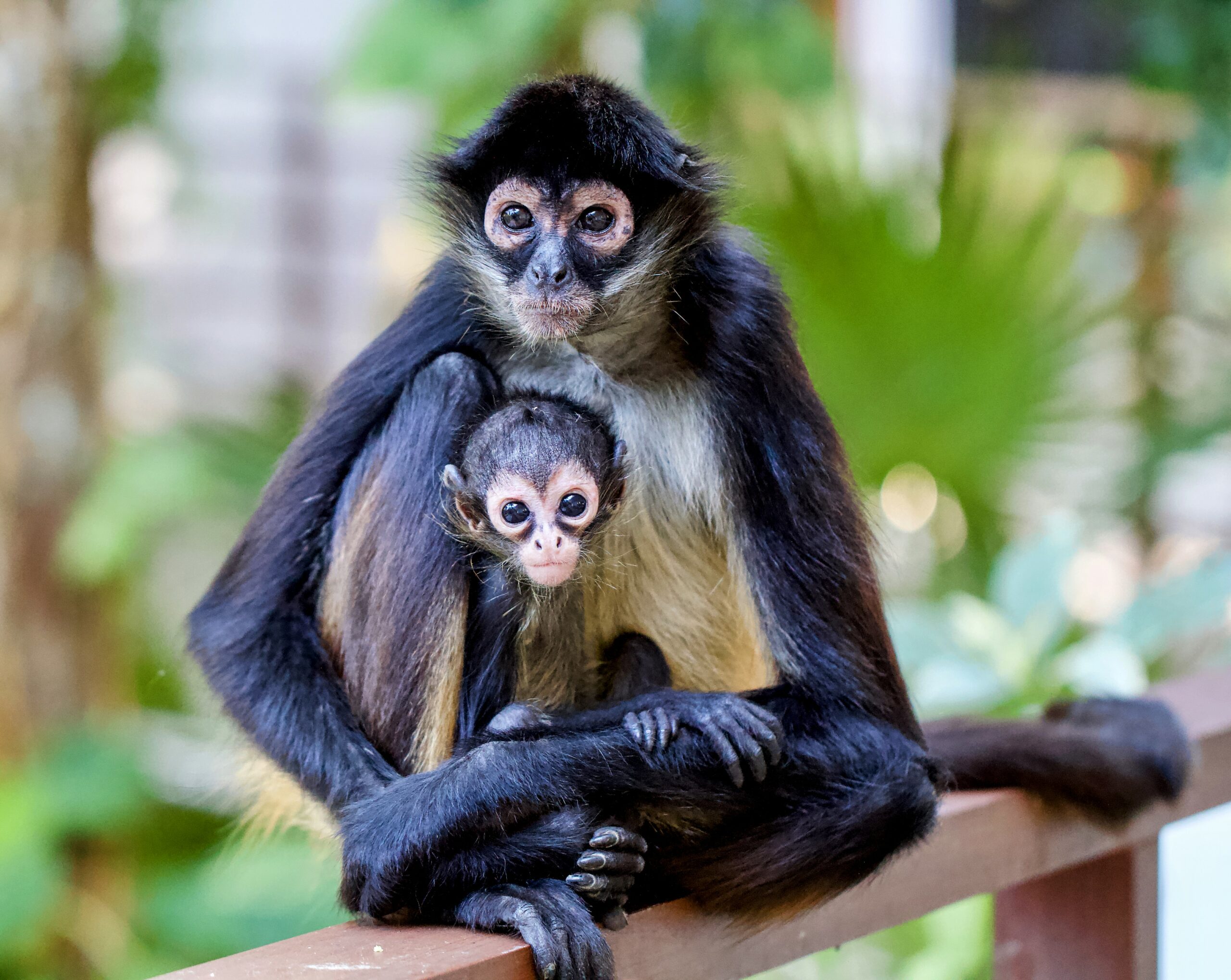 Teotihuacán is an ancient Mesoamerican city located in modern day Mexico. It began as a religious center around the first century CE and, at its peak, was part of the largest and most populated region in the pre-Colombian Americas. It is also well known today for its architecturally and culturally significant pyramids. Although the identity of those who built Teotihuacán is a matter of debate, it is clear that many different cultural groups lived in the city during the height of its power, with migrants coming from all over Mesoamerica.

In one of the mounds excavated in the Plaza of the Columns at Teotihuacán, archaeologists have now discovered the nearly complete skeleton of a spider monkey that gives insight into the socio-political landscape of the city, some 1,700 years ago. The monkey’s bones were found among the remains of other symbolic animals, including a puma and a golden eagle, all of which had been ritually sacrificed.

The discovery was made by Nawa Sugiyama, a UC Riverside anthropological archaeologist, and a team of archeologists and anthropologists who, since 2015, have been excavating at the Plaza of the Columns Complex. Other finds from the same site include over 14,000 ceramic sherds from the vessels used at a grand feast, and thousands of fragments from a smashed Maya-style artistic mural.

“Teotihuacán attracted people from all over, it was a place where people came to exchange goods, property, and ideas. It was a place of innovation,” said Sugiyama, who is collaborating with other researchers, including Professor Saburo Sugiyama, co-director of the project and a professor at Arizona State University, and Courtney A. Hofman, a molecular anthropologist at the University of Oklahoma. “Finding the spider monkey has allowed us to discover reassigned connections between Teotihuacán and Maya leaders. The spider monkey brought to life this dynamic space, depicted in the mural art. It’s exciting to reconstruct this live history.”

The researchers employed a multimethod archeometric approach to understand the history of the spider monkey. They used methods from the fields of zooarcheology, isotopic analysis, ancient DNA, paleobotany, and radiocarbon dating. The results of these investigations, published in the Proceedings of the National Academy of Sciences, indicate that the spider monkey was Ateles geoffroyi, known as the Central American spider monkey, although its subspecies could not be determined. It was a female, and was between 5 and 8 years old at the time of its death.

What is unusual is that this species of monkey was not found locally around Teotihuacán. It was an exotic species, most probably brought to the city by visitors for some particular purpose. Evidence from the isotopes present in the monkey’s teeth and bones showed that it had experienced a change in diet and environment at roughly the age of three years. The researchers proposed that this was the age at which the monkey was captured and removed from its natural environment. As such, this represents the earliest record of primate captivity and translocation in Mesoamerica.

Once in captivity, the spider monkey was likely fed a diet that included maize, arrowroot and chili peppers, as remnants of these plants were found between the monkey’s teeth. Furthermore, the bone chemistry indicated a period of at least two years in captivity, although it is not clear whether this occurred after arriving at Teotihuacán or at some other location before being brought to the city.

The researchers hypothesize that the spider monkey was brought to Teotihuacán as an exotic gift, in much the same way as modern governments may exchange animals such as giant pandas or tigers. The people of Teotihuacán were at times thought to have an uneasy relationship with the Mayans, a neighboring contemporary Mesoamerican civilization. However, fine Mayan murals were also discovered at the Plaza of Columns site and these depicted various typical Mayan iconography, including showing spider monkeys associated with god-like symbols.

According to the researchers, the presence of the giant mural that publically displayed Mayan affinities indicates interactions between these two kingdoms that were not imagined previously. They propose that the spider monkey was an exotic species translocated live from a Mayan territory and used as a form of gift diplomacy between the Maya and Teotihuacán. This shows that the influence of Mayan dignitaries at this central civic administrative complex was already established as early as the third to fourth century CE.

The fact that the monkey was found, buried with its hands tied behind it back and its feet bound, alongside the remains of potent and iconic animals such as rattlesnakes, a puma and a complete golden eagle, gives insight into the nature of the state-choreographed sacrifice rituals that took place in public places in Teotihuacán. According to the researchers, the spider monkey finding is already radically redefining our perspectives regarding the timing and role of foreign diplomacy, as expressed in Teotihuacán’s highest state-level rituals at this early time.

Ironically, relations between the two kingdoms did not remain cordial forever. Although there is evidence at the Plaza of the Columns site of a massive feast that took place using beautifully fashioned Maya-style ceramic vessels (dated between 300 and 350 CE), there is also evidence that the mural depicting the Mayan mythical and god-like creatures was fastidiously demolished within the following 100 years. The Mayan dignitaries were clearly no longer welcome in the city by this time.

The spider monkey, however, was not sacrificed in vain. In addition to illuminating these ancient rituals and uncovering pieces of history, the finding allows researchers to reconstruct the greater narrative, and to understand how these powerful, advanced societies dealt with social and political stressors that very much reflect today’s world, Sugiyama said.

“This helps us understand principles of diplomacy, to understand how urbanism developed … and how it failed,” Sugiyama said. “Teotihuacán was a successful system for over 500 years; understanding past resilience, its strengths and weaknesses, is relevant in today’s society. There are many similarities then and now. Lessons can be seen and modeled from past societies; they provide us with cues as we go forward.”