Spider silk could be used as artificial muscle for robots • Earth.com 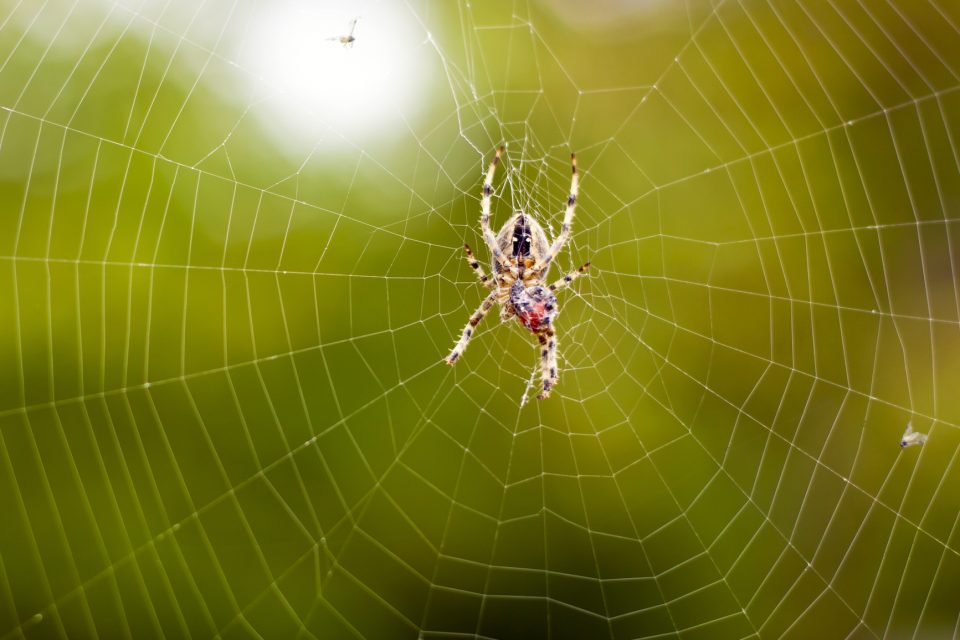 Spider silk could be used as artificial muscle for robots

A research team from the Massachusetts Institute of Technology (MIT) have found that spider silk, one of the strongest natural materials for its weight, contains a property that could be useful in the development of artificial, robotic muscle. The team noted that spider silk reacts to humidity, contracting and twisting in environments at a certain level of relative humidity. This reaction exerts enough force that spider silk is now a contending material for creating actuators — devices that move to perform some activity, like controlling a valve.

As explained in their study, published March 1st in Science Advances, the shrinking and twisting reaction to humidity is called “supercontraction.” It’s the twisting action, which provides strong torsional force, that Professor Markus Buehler, head of MIT’s Department of Civil and Environmental Engineering, calls “a new phenomenon.”

“We found this by accident initially,” said team member Dabiao Liu, an associate professor at Huazhong University of Science and Technology. “My colleagues and I wanted to study the influence of humidity on spider dragline silk.”

To do so, the team created a pendulum by suspending a weight from the spider silk. The entire contraption was enclosed in a humidity-controlled chamber.

“When we increased the humidity, the pendulum started to rotate,” Liu said. “It was out of our expectation. It really shocked me.”

“This could be very interesting for the robotics community,” Buehler said, in regards to spider silk being used as a control system for sensors or devices. “It’s very precise in how you can control these motions by controlling the humidity.”

Researchers believe that the spider silk supercontraction property may be a protective reaction to morning dew collecting on a web. The fibers may pull taught in order to keep the web safe from damage. The team found via molecular modelling that when the silk contracts, a protein called proline is actually folding within the fiber.

“Spider dragline silk is a protein fiber,” Liu explained. “It’s made of two main proteins, called MaSp1 and MaSp2.” Proline is found within MaSp2., When water interacts with MaSp2, it disrupts the protein’s hydrogen bonds, thus causing the rotation.

Buehler suggests that now that the protein has been discovered, scientists may be able to recreate synthetic versions of spider silk that also twist and contract.

“Silk’s unique propensity to undergo supercontraction and exhibit a torsional behavior in response to external triggers such as humidity can be exploited to design responsive silk-based materials that can be precisely tuned at the nanoscale,” said former MIT postdoc Anna Tarakanova, now an assistant professor at the University of Connecticut. “Potential applications are diverse: from humidity-driven soft robots and sensors, to smart textiles and green energy generators.”