New species of widow spider may be the largest of its kind • Earth.com 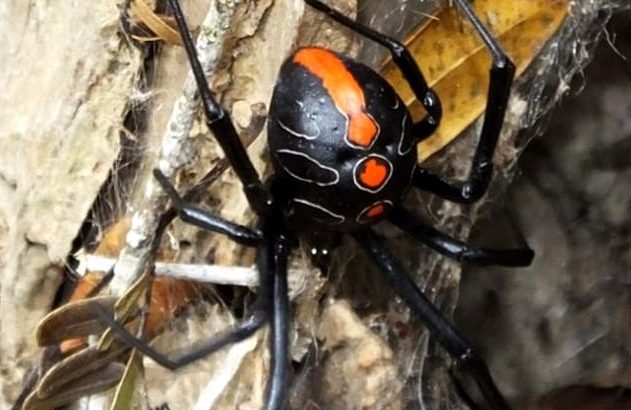 Scientists have discovered a relative of the Black Widow spider in South Africa. The Phinda Button spider is the first new widow species to be described in 28 years, and may also be the largest of the poisonous widow spiders.

Barbara Wright, an entomologist at the Wild Tomorrow Fund, initially found the spider in 2014 at Tembe Elephant Park. The experts speculate that the bite of the Phinda Button spider is comparable that of the Black Widow, which is considered to be the most venomous in North America.

“Although we still haven’t done the toxicology on this species, all widow spiders (genus Latrodectus) are considered medically important due to their potent neurotoxic venom,” said Wright. “The effects of the venom on human beings may include pain, palpitation, sweating and vomiting.”

“Previously-discovered species of widow spider make up three of the world’s nine deadliest spiders, as listed by the Encyclopædia Britannica. Yet in truth, Latrodectus bites rarely result in death – and the same will likely be true of the new species.”

According to Dr. Ian Engelbrecht, an arachnid expert at the University of Pretoria, the Phinda Button is native to the critically-endangered sand forests of South Africa. The females have distinctive bright red marks on both their back and underbelly. The spider can also be distinguished by its purple-colored egg sac, which holds hundreds of hatchlings.

According to Wright, the species is extremely shy, reclusive, and docile. She noted that there have been no reports of bites from them. While it has not yet been determined whether it is the largest widow spider in the world, Dr. Engelbrecht said it is “certainly the largest in Africa.”

“I immediately thought this was something special but I was uncertain if it was just some specimen that blew in from Madagascar or some other exotic place.” 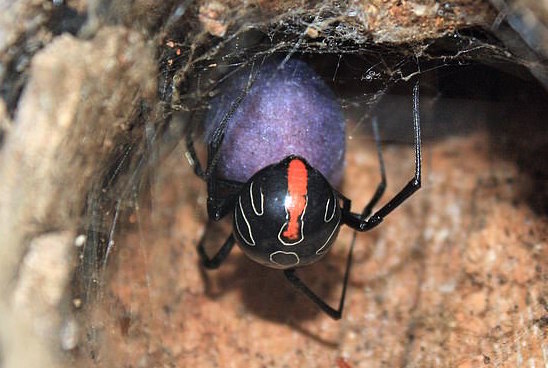 Dr. Engelbrecht helped Wright confirm that the Phinda Button is a new species.

“When Barbara showed me the first photo, I literally could not believe this spider existed and that it was unknown to science. Discovering a new species is always exciting, but the feeling of finding something so spectacular and unique is indescribable,” said Dr. Engelbrecht. “Widow and button spiders are medically important for humans, so it’s important to understand their diversity.”