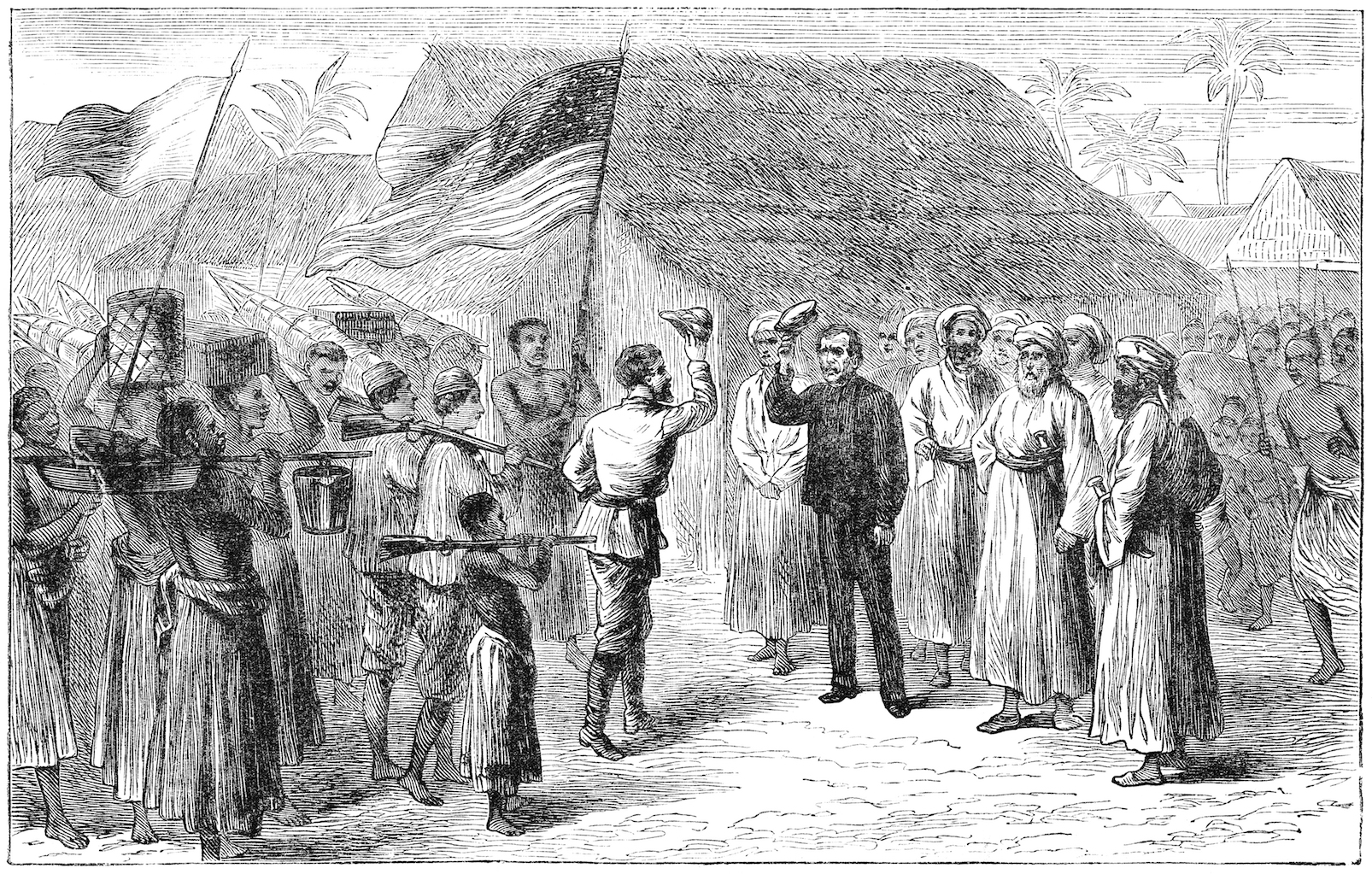 Most people have heard, or even uttered in jest, that line and never really thought about its origins. It’s usually expressed as a deliberately obvious statement.

The words were attributed to a surprised Welsh-American explorer Henry Morton Stanley after he finally caught up with English missionary and explorer David Livingstone in what might have been described at the time as deepest, darkest Africa. The greeting is amusingly obvious because Stanley was almost undoubtedly addressing the only other English-speaking white man within hundreds of miles. There could be no doubt as to his identity. But one theory is that the awkwardness of the words was a bad attempt by Stanley to hide his alarm at the physical condition of the older man.

David Livingstone grew up in a very religious, Presbyterian household and stayed religious his entire life. In addition to looking for Christian converts, his many journeys to Africa were to find the source of the Nile, a discovery that he felt would make him famous enough to have influence over ending the slave trade, which he abhorred.

During one of many trips to Africa he got into a tangle with a lion and had to set his tattered arm by himself. He frequently suffered cholera and the malaria attacks that killed his wife. He was unable to proceed down one river in a steamboat because of the dead bodies thrown into the water by slavers that got tangled in the wheel.

Livingstone became a national hero with the book he wrote describing his mid-career adventures and by becoming the first European to see the impressive waterfall he’d rename Victoria Falls in honor of his queen.

Despite his abhorrence for the European slave traders who were among the few whites he met on the Dark Continent, they saved his life on two occasions after his porters died or deserted him and he became ill. At another time, it was Arab traders who rescued him.

In 1866, Livingstone took an expedition deep into Equatorial Africa in search of the source of the fabled Nile River. Livingstone never did succeed in that venture, but he lost contact with the outside world in the process, which brings us to his partner in legend.

Livingstone never did find the source of the Nile, and his many years of travel left him ravished by illness.

A life of adventure and exaggeration

If Livingstone’s life was fascinating, Stanley’s was perhaps more so. Though he would be knighted by the British Empire in 1899, that was an honor his miserable beginnings would have never foretold. He never knew his father, his mother abandoned him before he was five and he was probably raped and brutalized at the poorhouse in which he grew up before fleeing the Old World for the new.

Upon his arrival in America, he changed his name to Stanley, supposedly in honor of a wealthy merchant who adopted him when he was 18. However, that story, and many others he told fell apart under closer scrutiny.

Stanley’s Civil War military career was as colorful and hazy as the rest of his life. Living in the South at the time, he reluctantly joined the Confederate Army before being captured in 1862 and switching sides. But he was released soon afterwards by the Union Army because he was so seriously ill. He recovered eventually, worked on merchant vessels and joined the Union Navy in 1864. He and a friend then deserted ship as the war was winding down.

Stanley became a self-styled journalist to chase adventure across the globe. He was briefly imprisoned in the Ottoman Empire (modern-day Turkey) and filed stories on behalf of the New York Times when he followed a British expeditionary force into battle with an Ethiopian king. He also reported on The Glorious Revolution, a Spanish civil war with a glorious name.

By 1869, Livingstone had lost contact with the outside world for three years and the New York Herald commissioned 28-year-old Stanley and his more than 100 porters to find him. The expedition traveled 700 miles into impenetrable forests, leaving many of his porters behind, felled by numerous tropical diseases.

The two explorers finally met up in present-day Tanzania in late 1871. That’s where The New York Times claimed, a year later, that Stanley uttered that timeless greeting.

Stanley was not able to persuade Livingstone to accompany him back, and the older missionary-explorer would die in Africa about a year-and-a-half after the legendary meeting. Stanley would eventually return to Britain, join Parliament, become a bestselling author of books that were probably highly fictionalized versions of his adventures, and be knighted Sir Henry Morton Stanley in 1899.

Were those words ever actually spoken? That particular page from Stanley’s diary is perhaps suspiciously missing and the account that got written up in the New York Herald in 1872 doesn’t exactly put all doubts at bay:

Preserving a calmness of exterior before the Arabs which was hard to simulate as he reached the group, Mr. Stanley said: – “Doctor Livingstone, I presume?” A smile lit up the features of the pale white man as he answered: “Yes, and I feel thankful that I am here to welcome you.”

But if it didn’t happen exactly that way, it should have.